Back with a Bang! Winners of the Pro Jury Award for Best Animation at the Kids for Kid Festival, BFI London

How can we be so lucky to win another award for our film-making skills...?

Talent of course, from our wonderful practitioners aiding our creative ideas, Fabric Lenny and the Big Voice Media Collective. Genius ideas from our youngsters developing further their notion of film content, story line, music and character development. All wrapped up with additional funding for experimentation with tablet based film-making via IntoFilm the nations new Film Education Development Agency. We are blessed here at Battyeford to have had such accolades and know that once again our new film will be screened across the world at various children's film festivals in the next year to come. It is all so aspirational!

What happened on our award winning day? November the 15th saw lots of the child filmmakers set off from Mirfield on the train to London with parents for a fun filled day out in the 'smoke'. We attended the event hosted by the BFI cinema on Londons Southbank (WOW) and even got to ride on the London Eye! When it was announced that our new film 'Copperbead and the Legend of Pie' had won the Animation category there were squeals of delight to be heard from every corner of the cinema (and that was just the parents)! 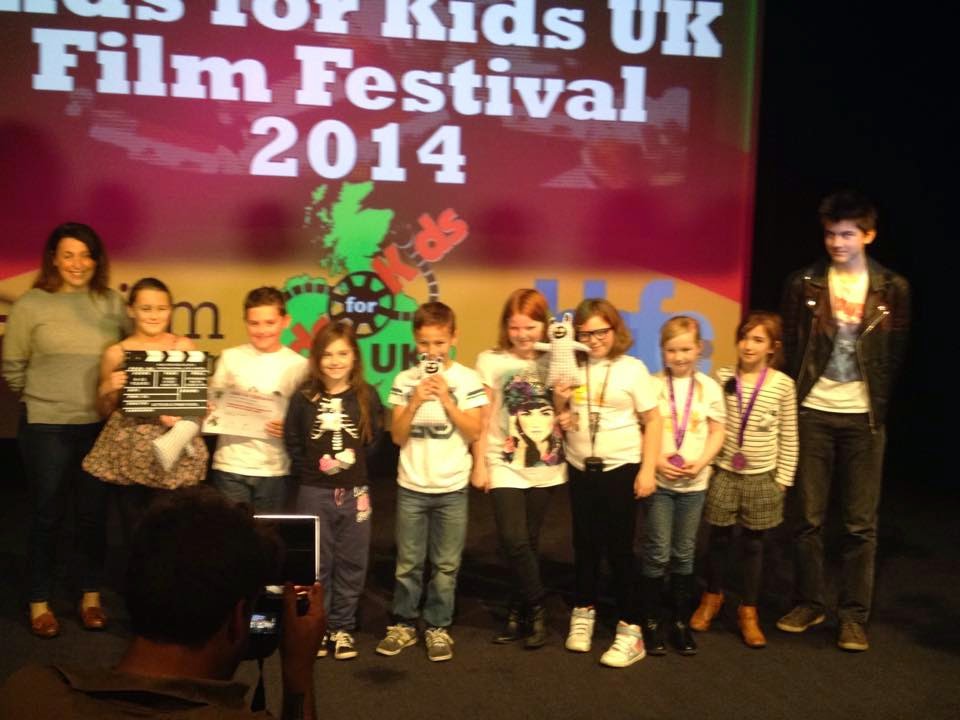 Accepting our Award!
2014 Winner of the Best Animation - Pro Jury 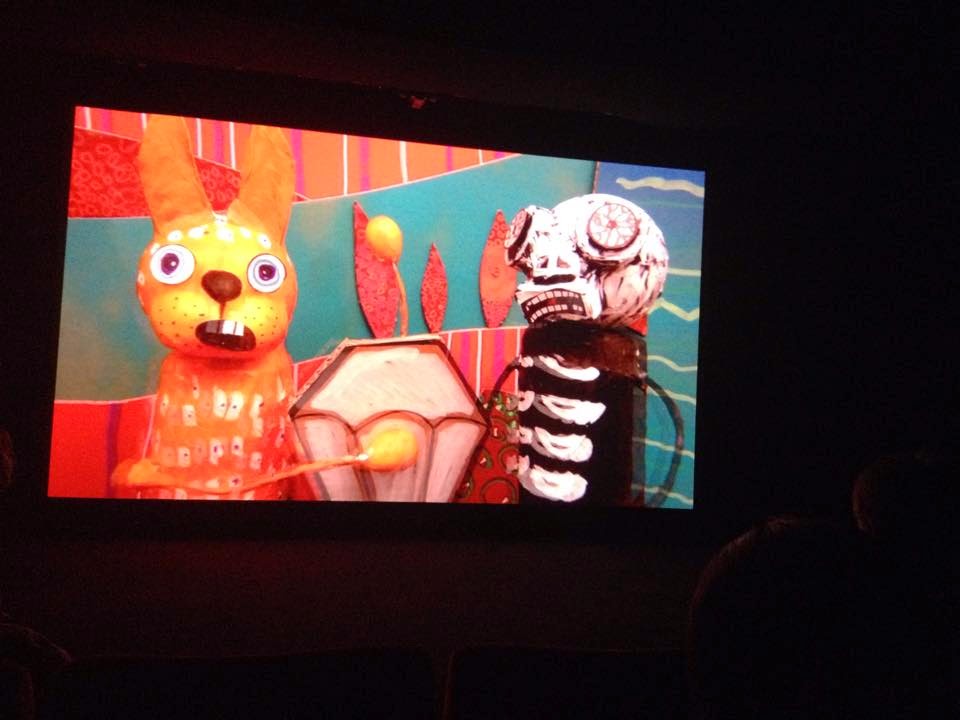 Our film on screen in the BFI! Wowser! 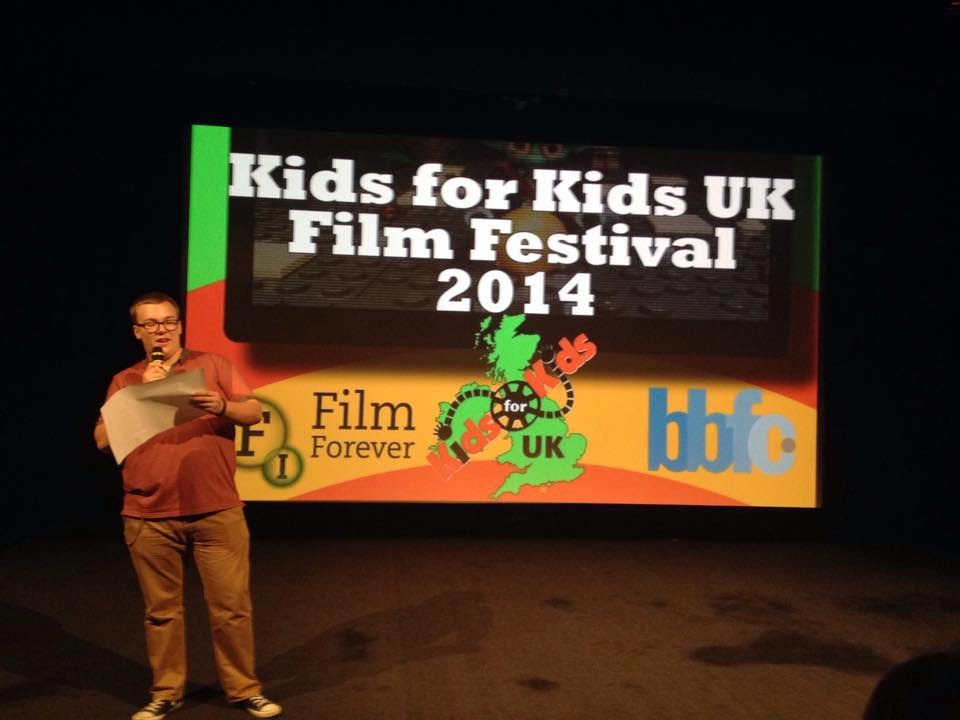 The start of the festival - Kids for Kids

Posted by Battyeford Primary Art at 05:02