Our Year 2 artists have been working on a project inspired by African Landscapes and the work of Artist Prince Twins Seven Seven. Prince Twins Seven Seven sadly passed away in 2011, he was a musician, sculptor and painter influenced by traditional Yoruba mythology and culture, and created a fantastic universe of humans, animals,plants and Yoruba gods.

First our pupils looked at African Landscapes in a colour mixing and mark making project, we worked in pairs to make large scale backgrounds painted with powder paints, acrylics and overdrawn with oil pastels. 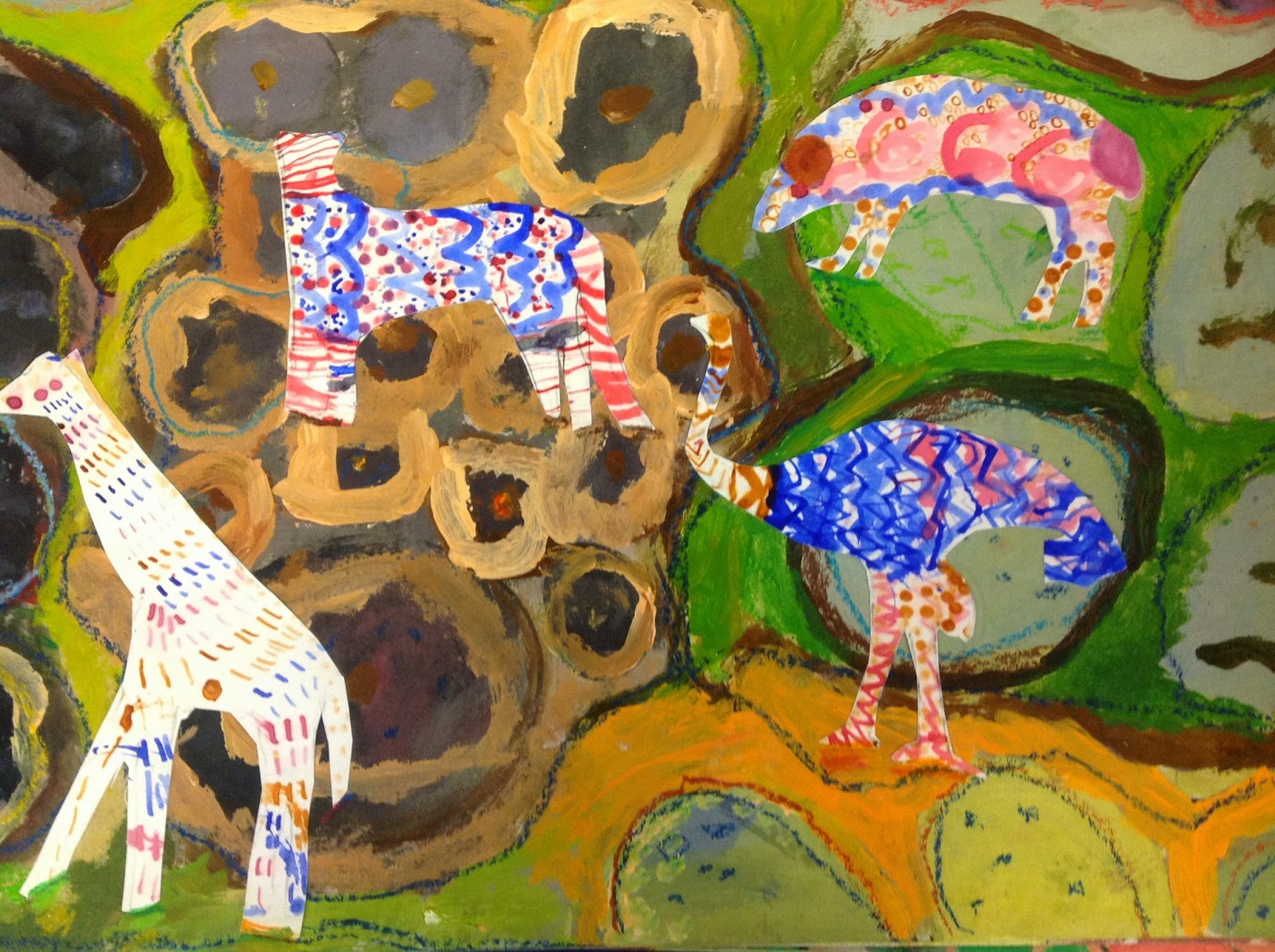 Next we tested our non standard drawing tools (match sticks, lollipop sticks, cotton wool buds and cocktail sticks) using a limited palette of inks in response to Prince Twins Seven Seven artworks in our sketchbooks. The children found this quite tricky, working on a small scale and with fiddly tools...however once they got over their initial hesitancy they really began to thrive. Here is some of the sketchbook work. 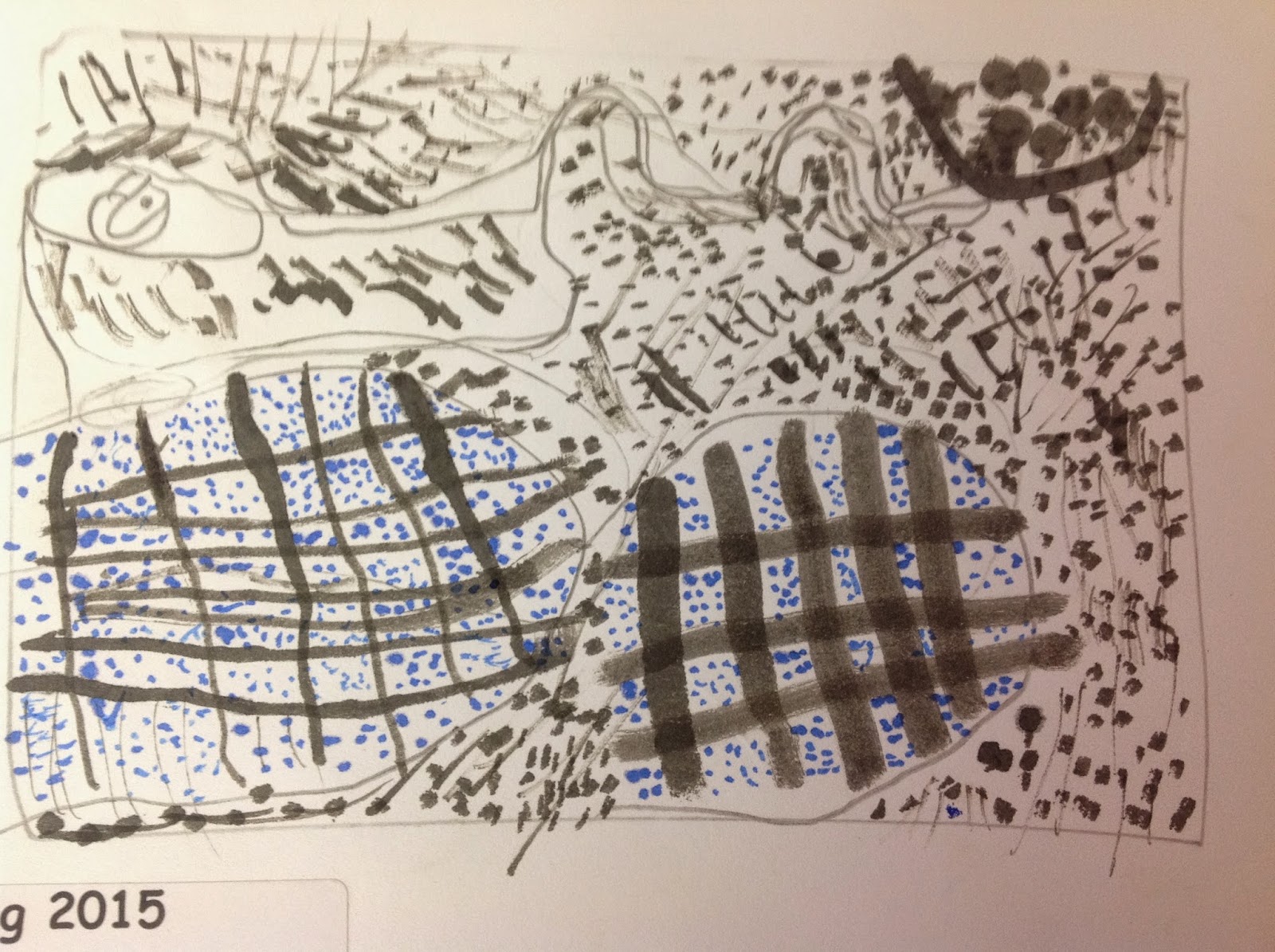 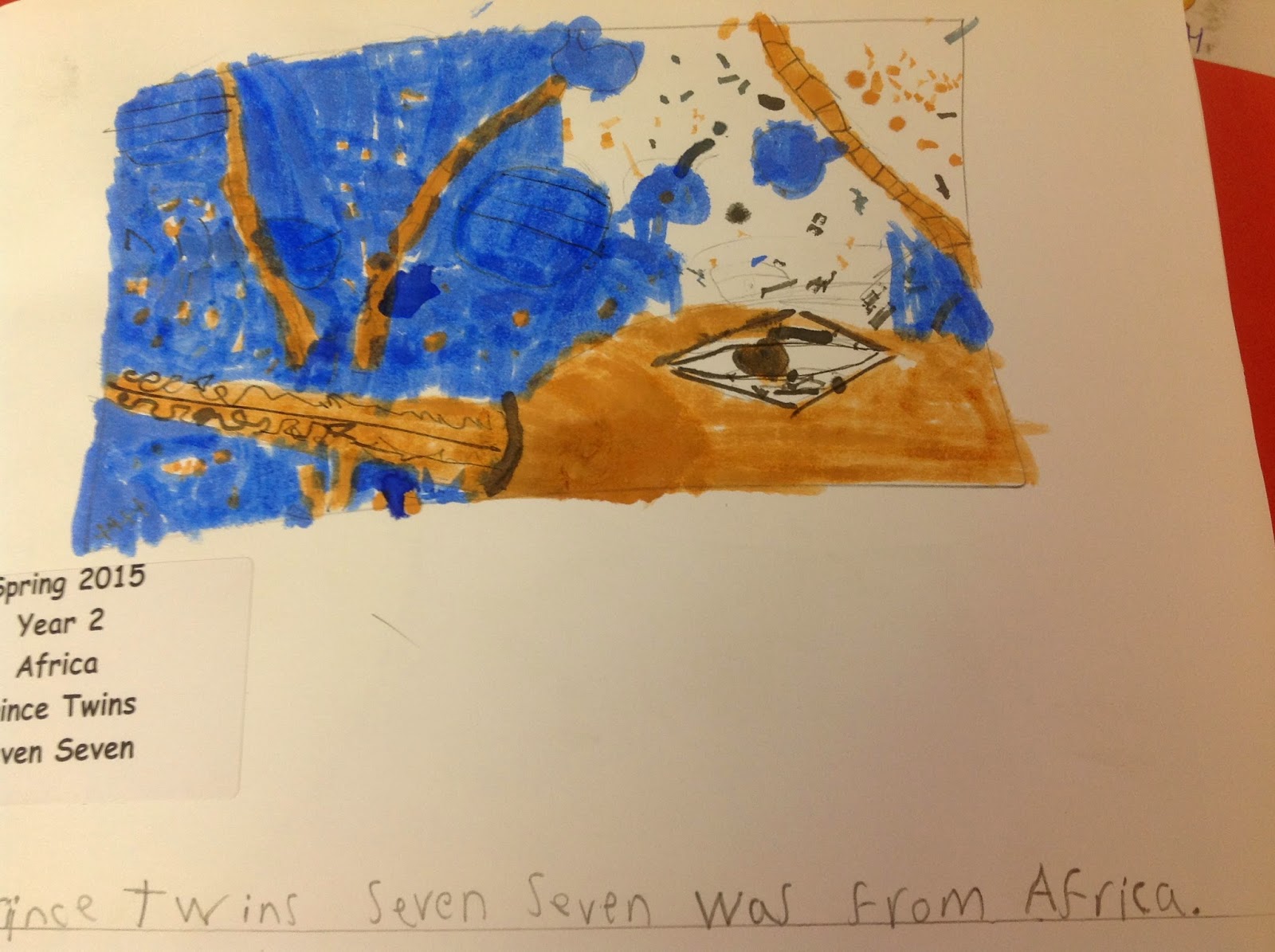 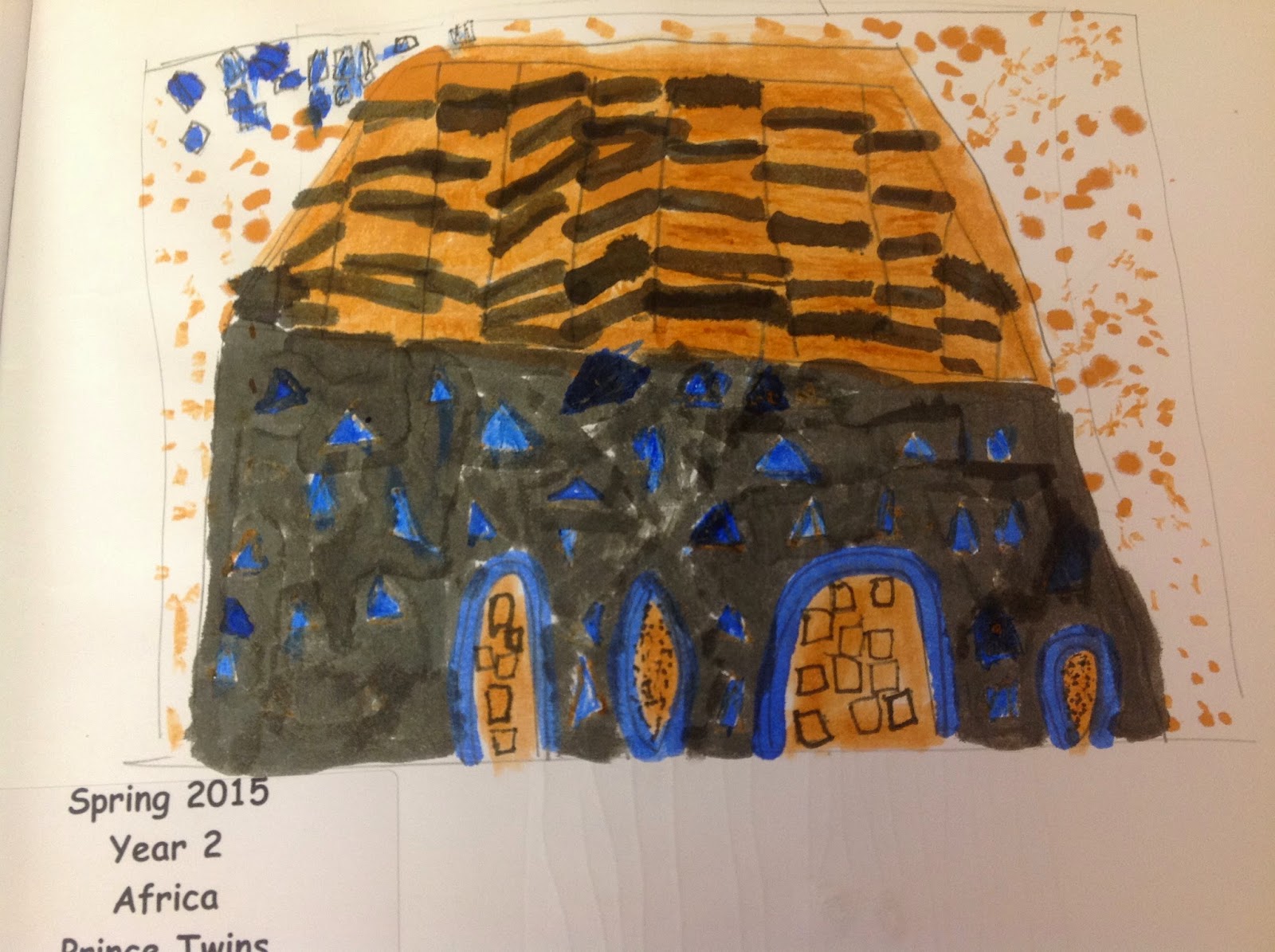 After this the children traced over animal images and cut out white silhouette animal shapes. They looked again at the work of Prince Twins and captured some of the patterns within their animal shapes, working once again with the non standard mark making tools. 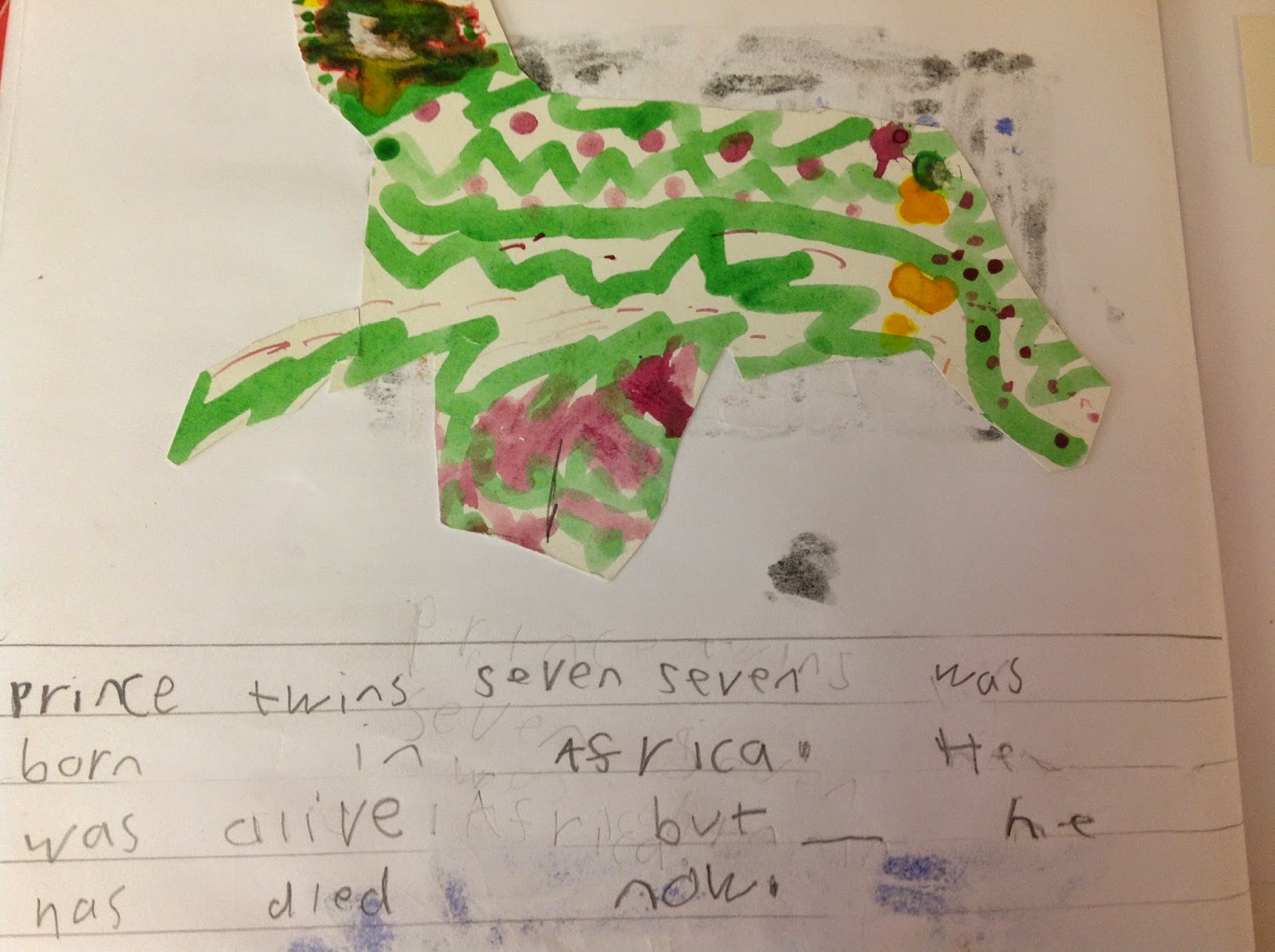 Finally the Year 2 pupils collaged the animal images over the landscape backgrounds, whilst using the same techniques, their choices re backgrounds, patterns, mark making and shapes were independent and striking. Here are some of the end results... 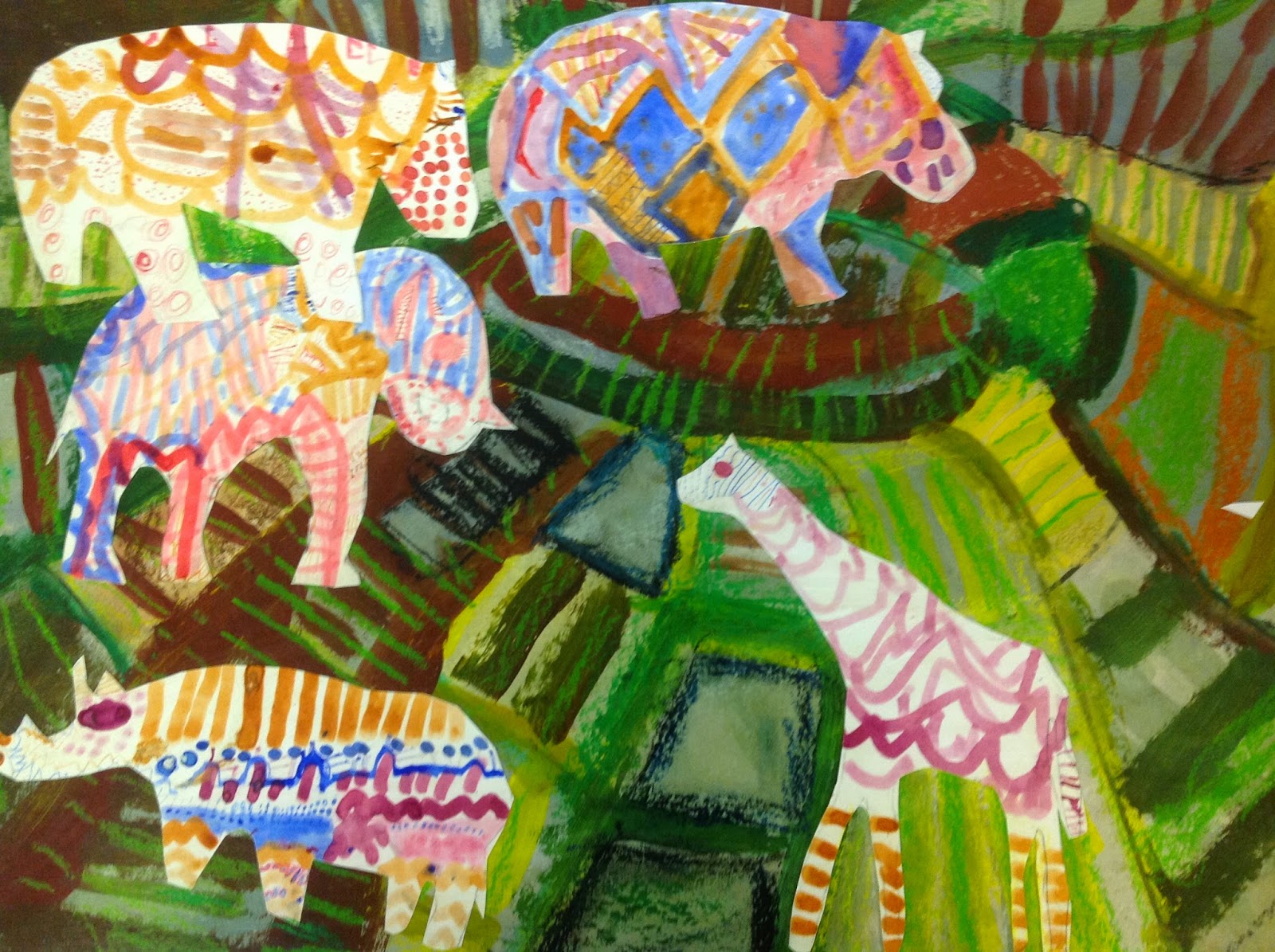 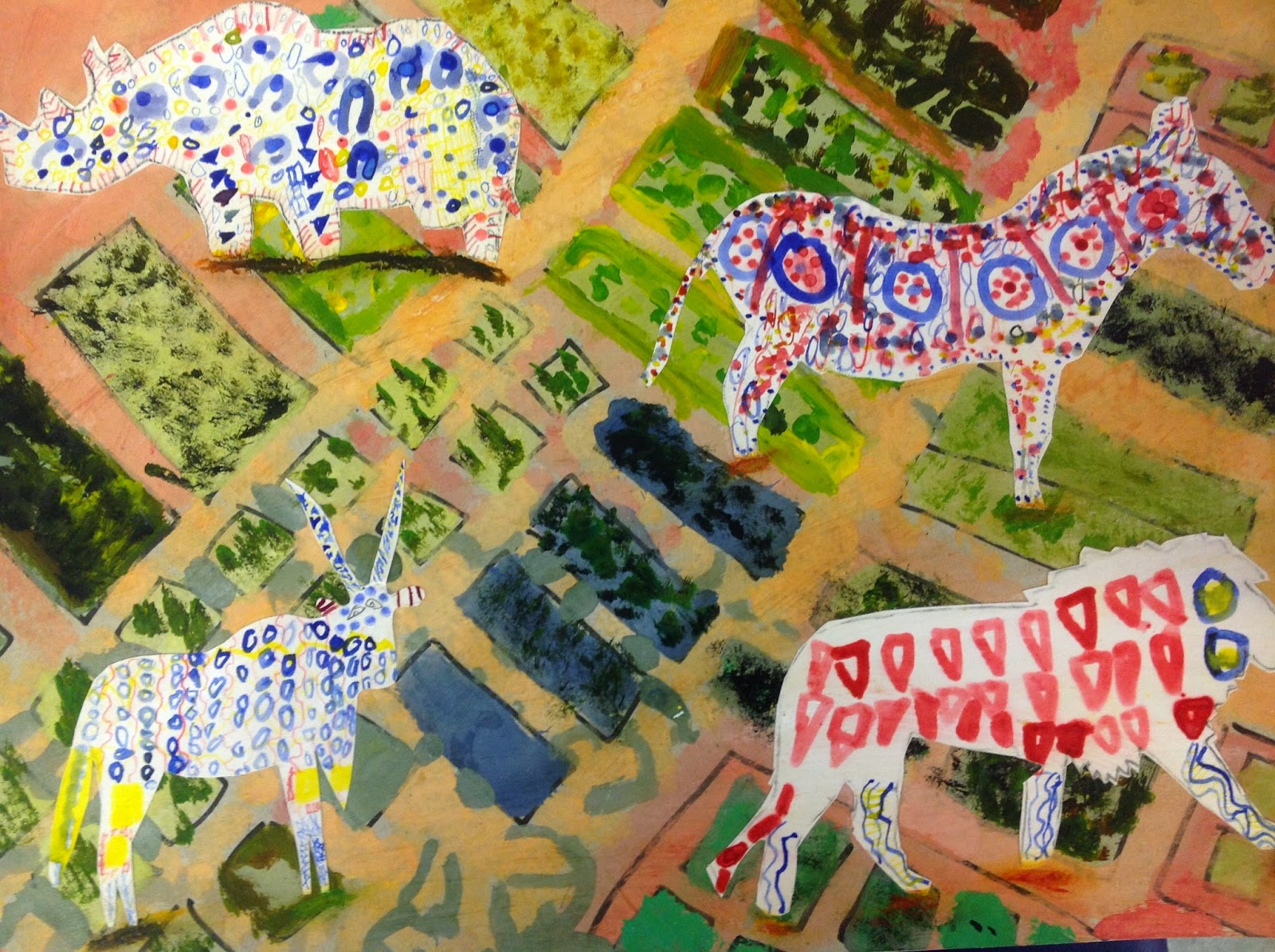 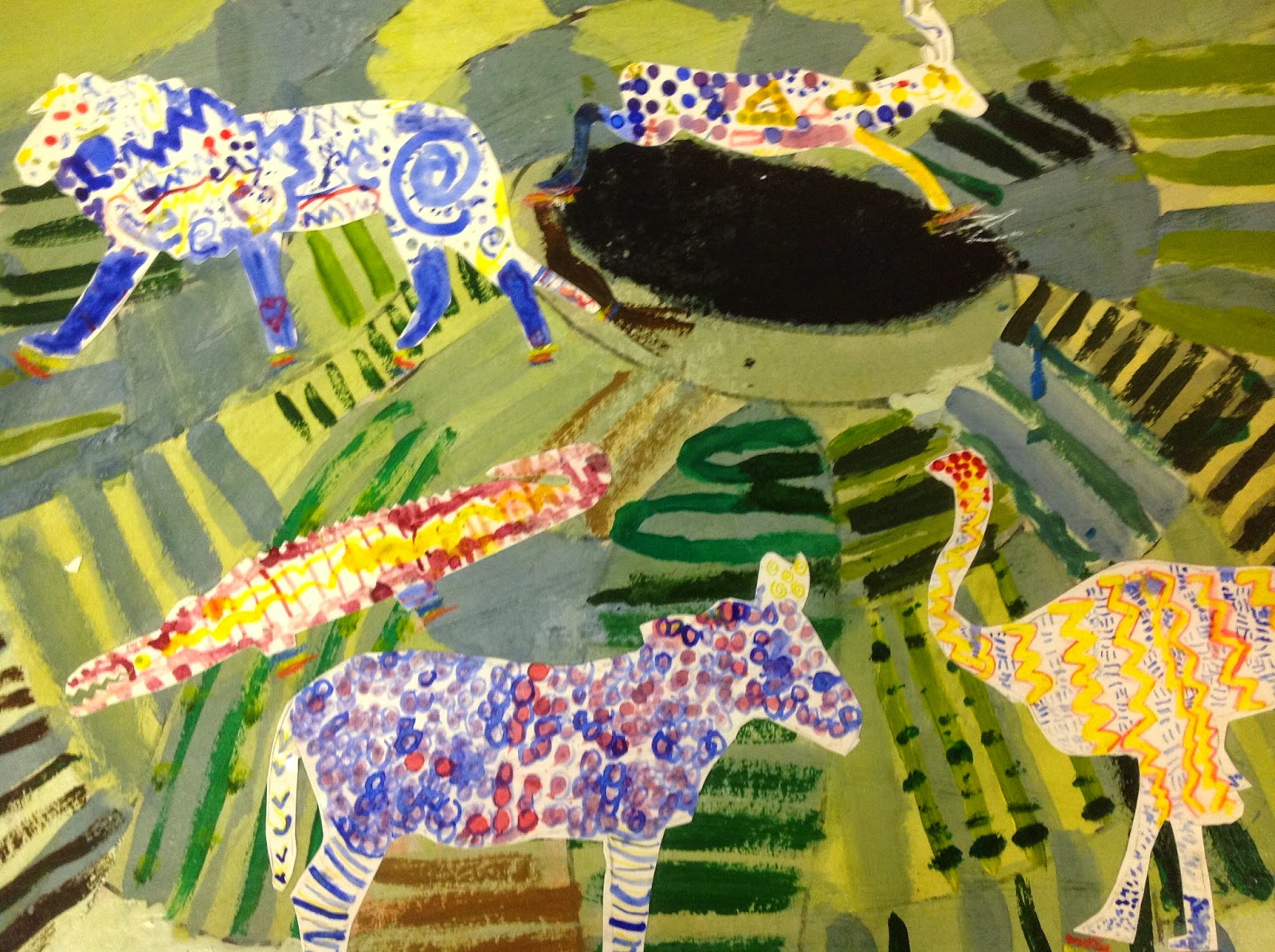 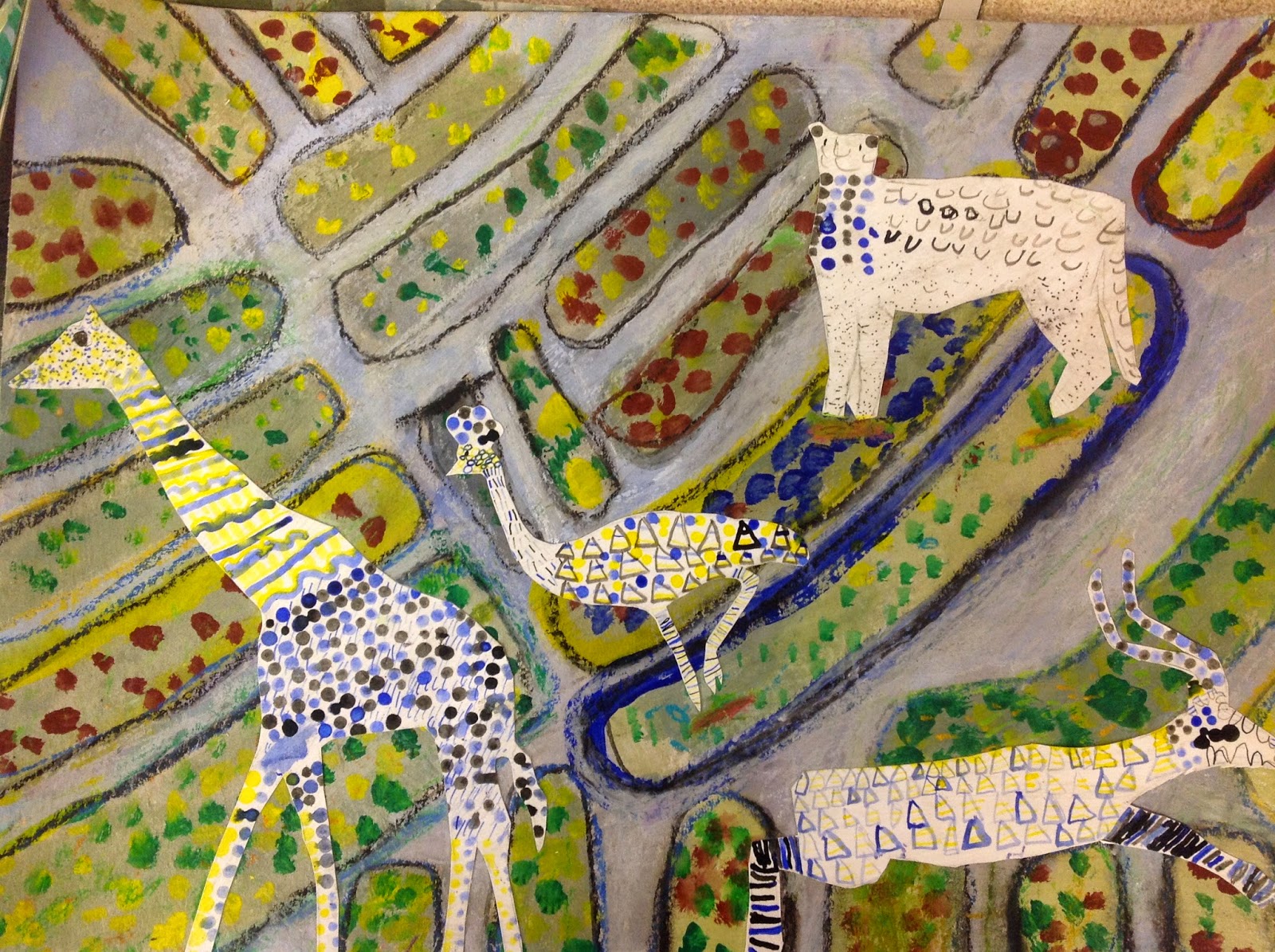 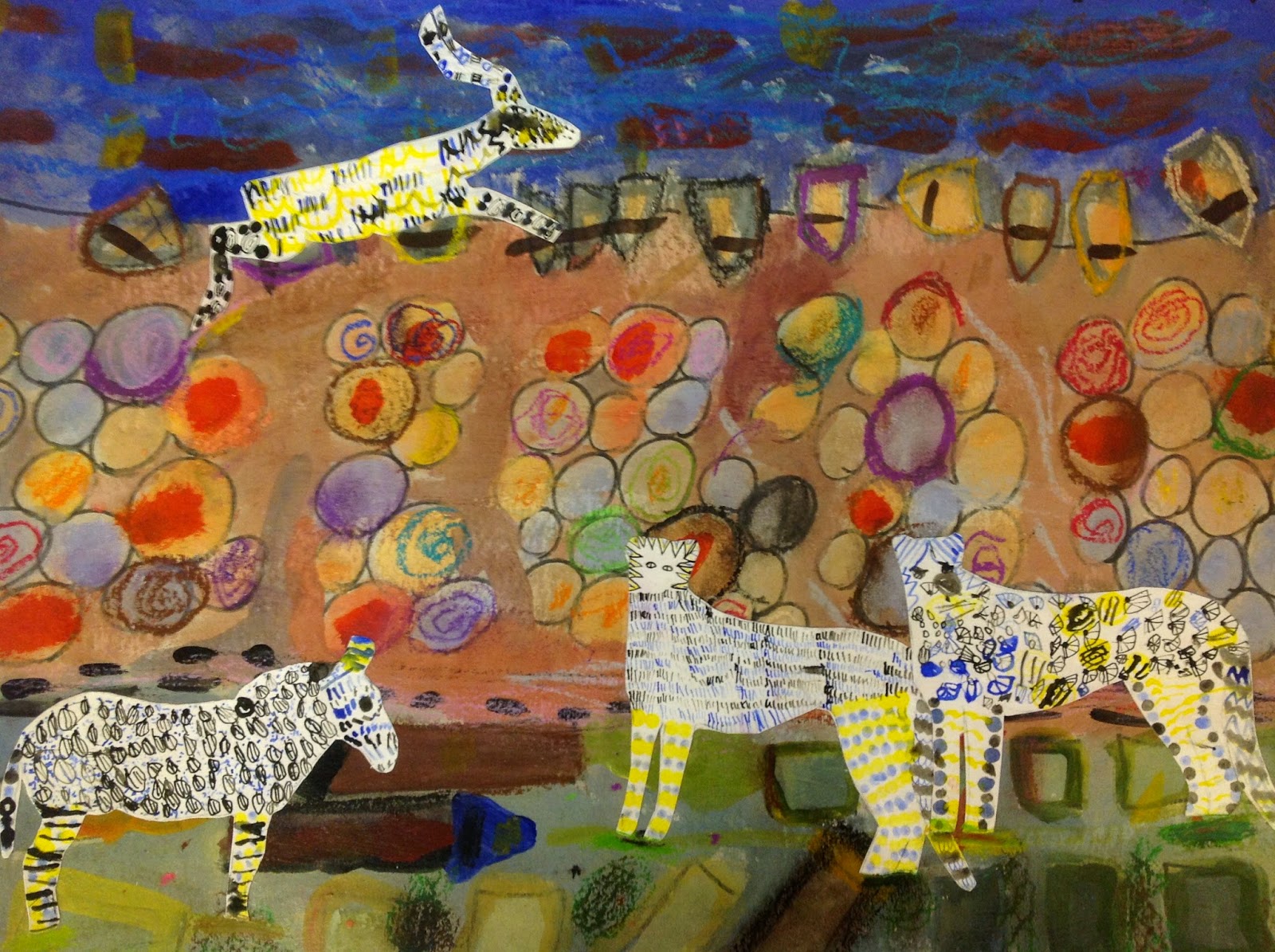 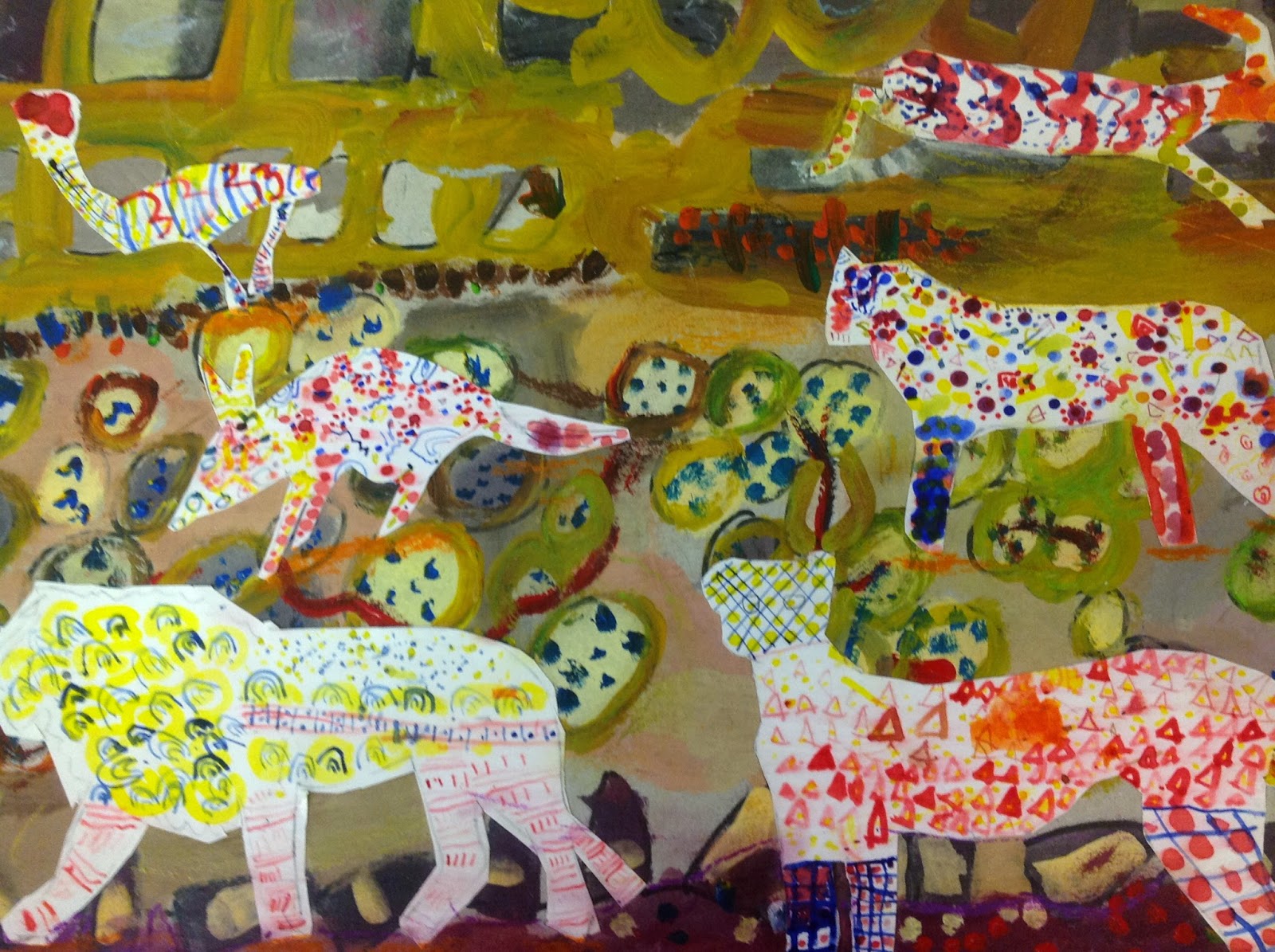 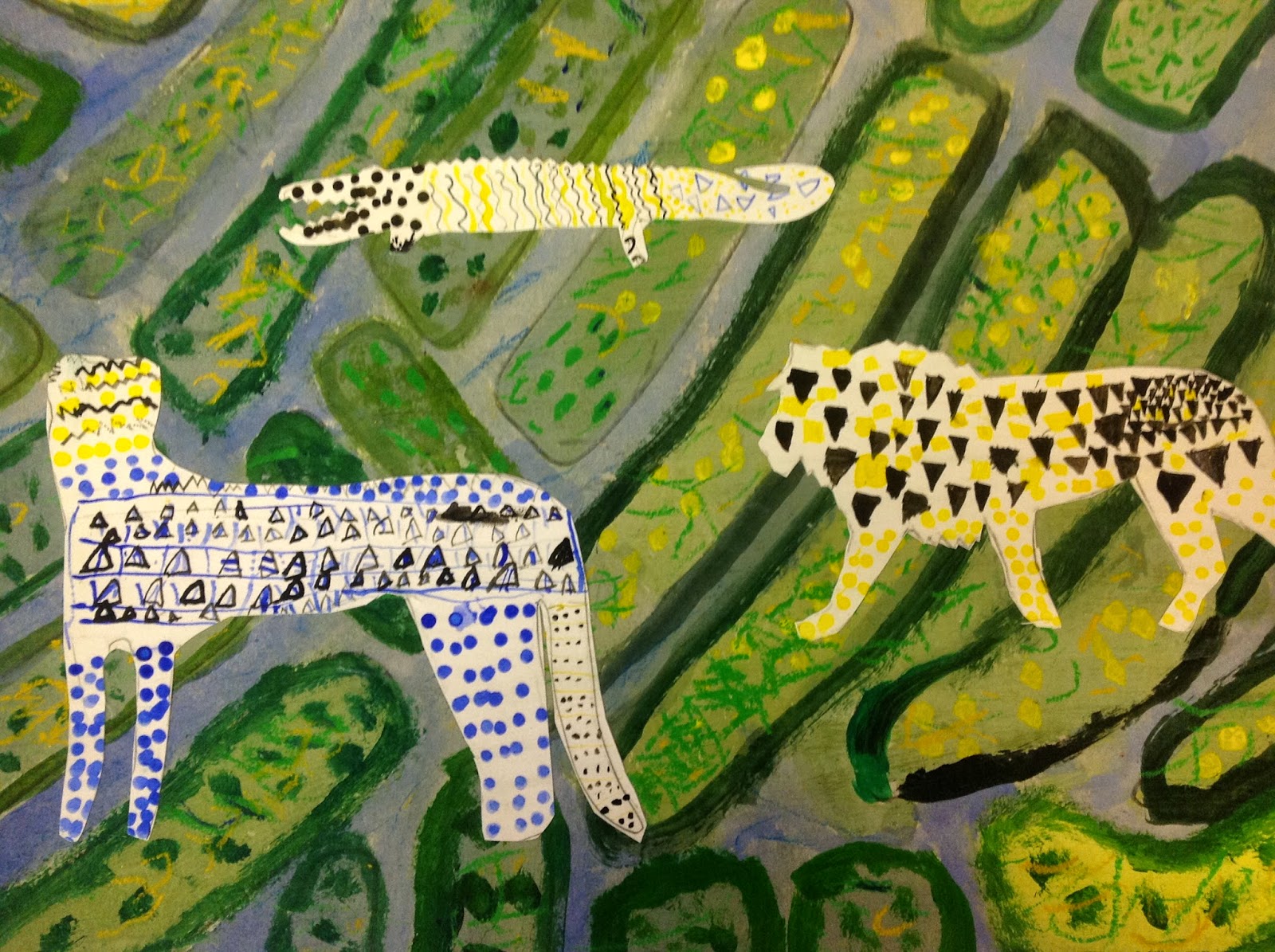 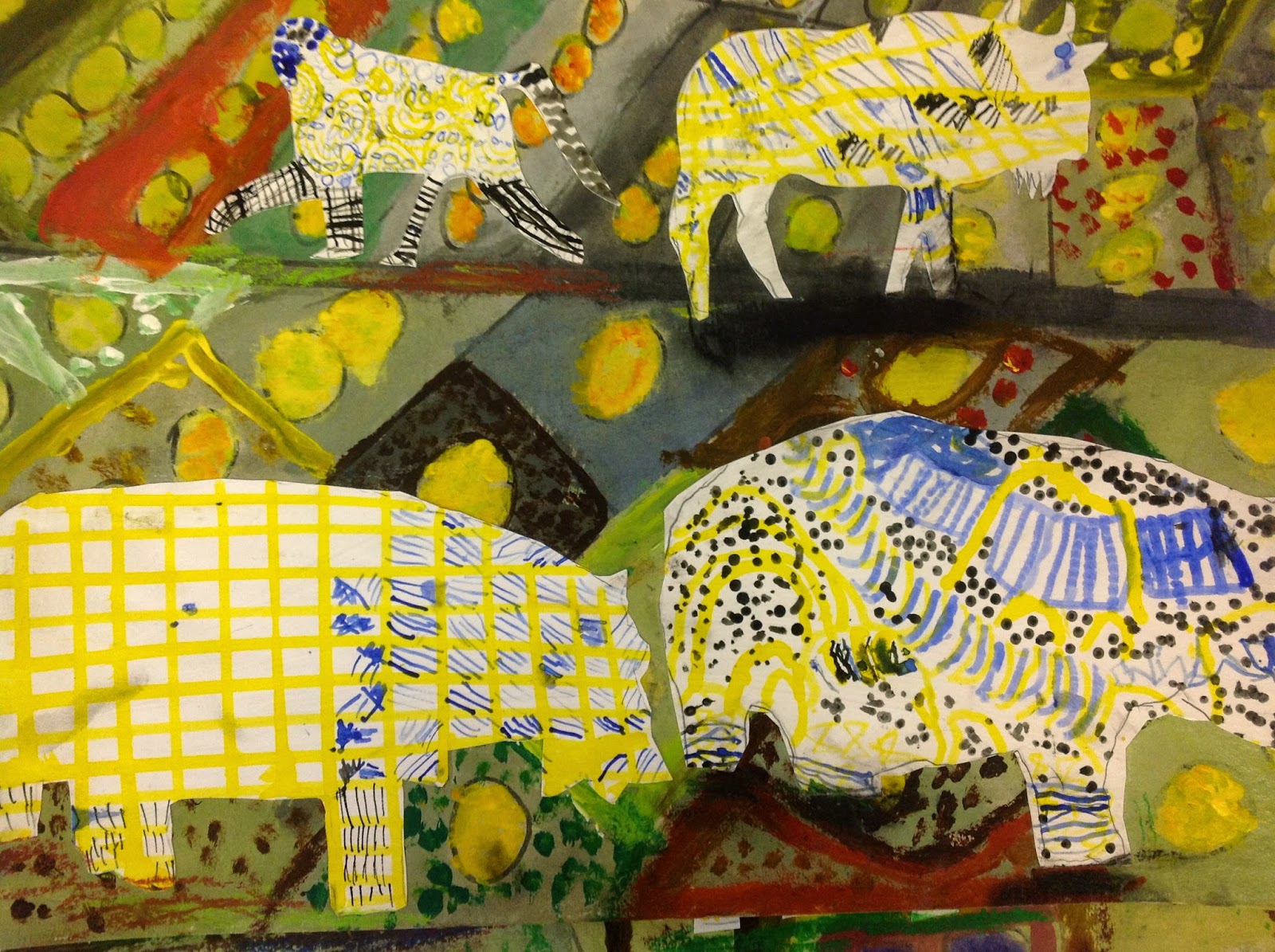 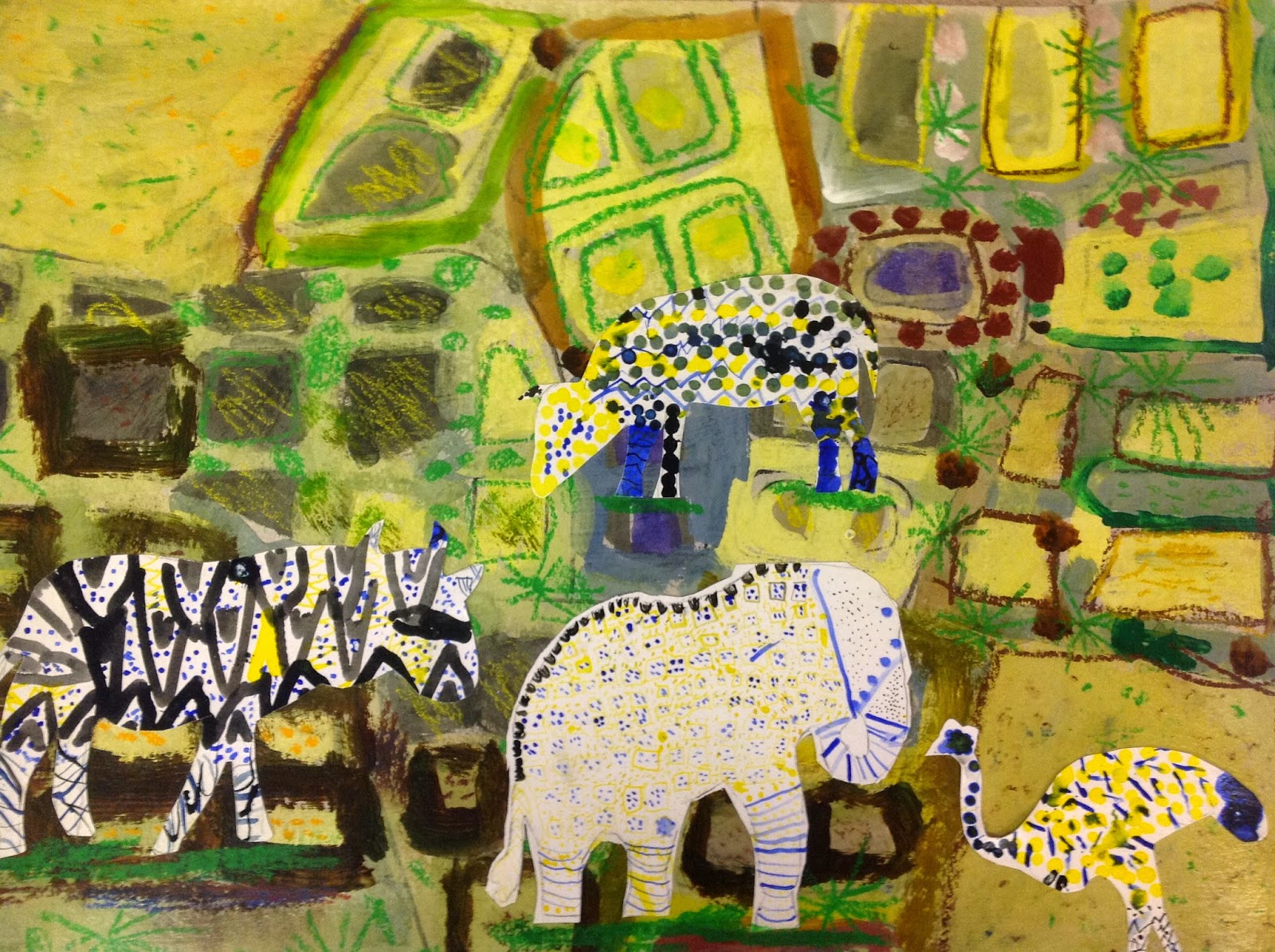 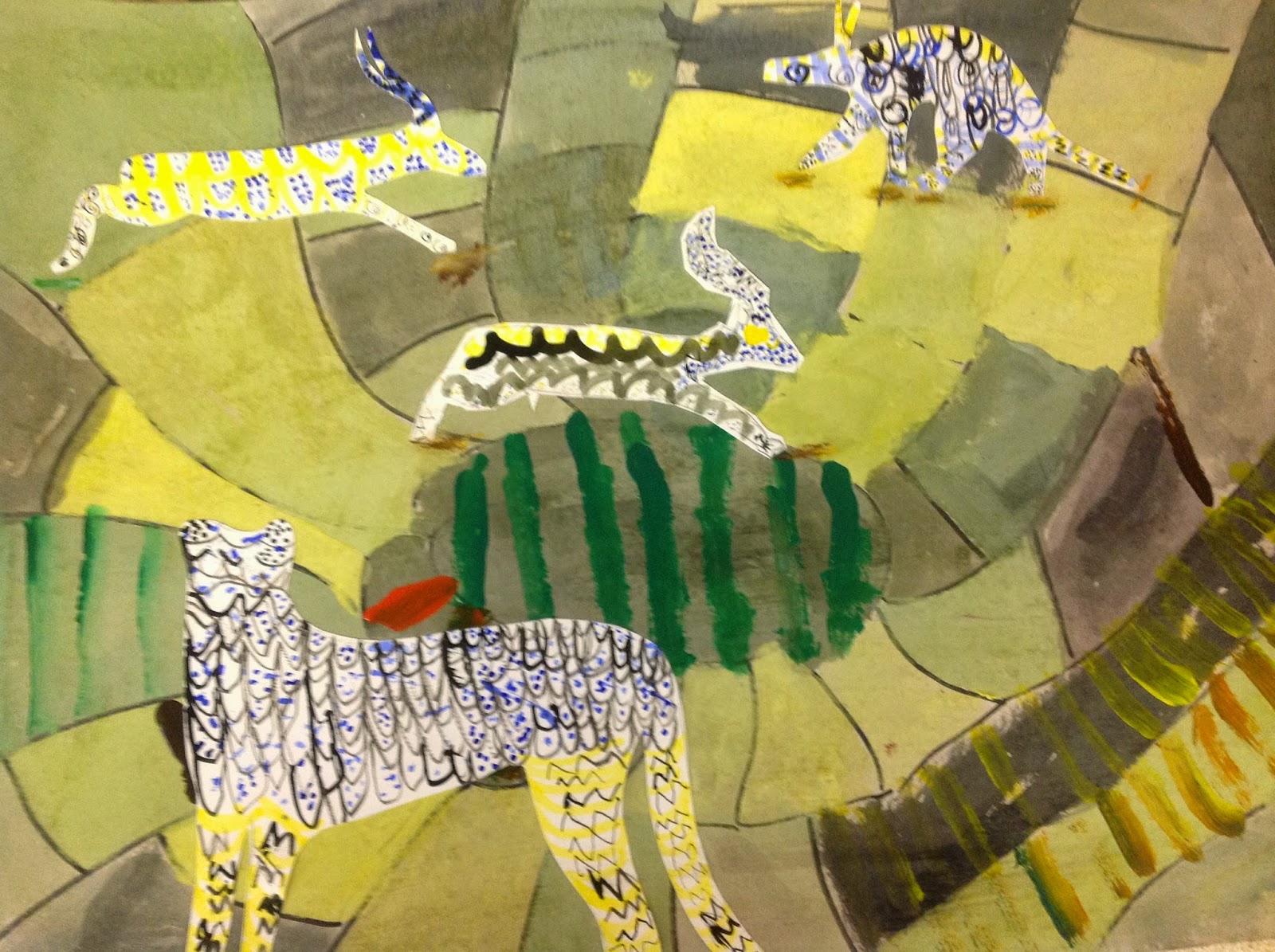 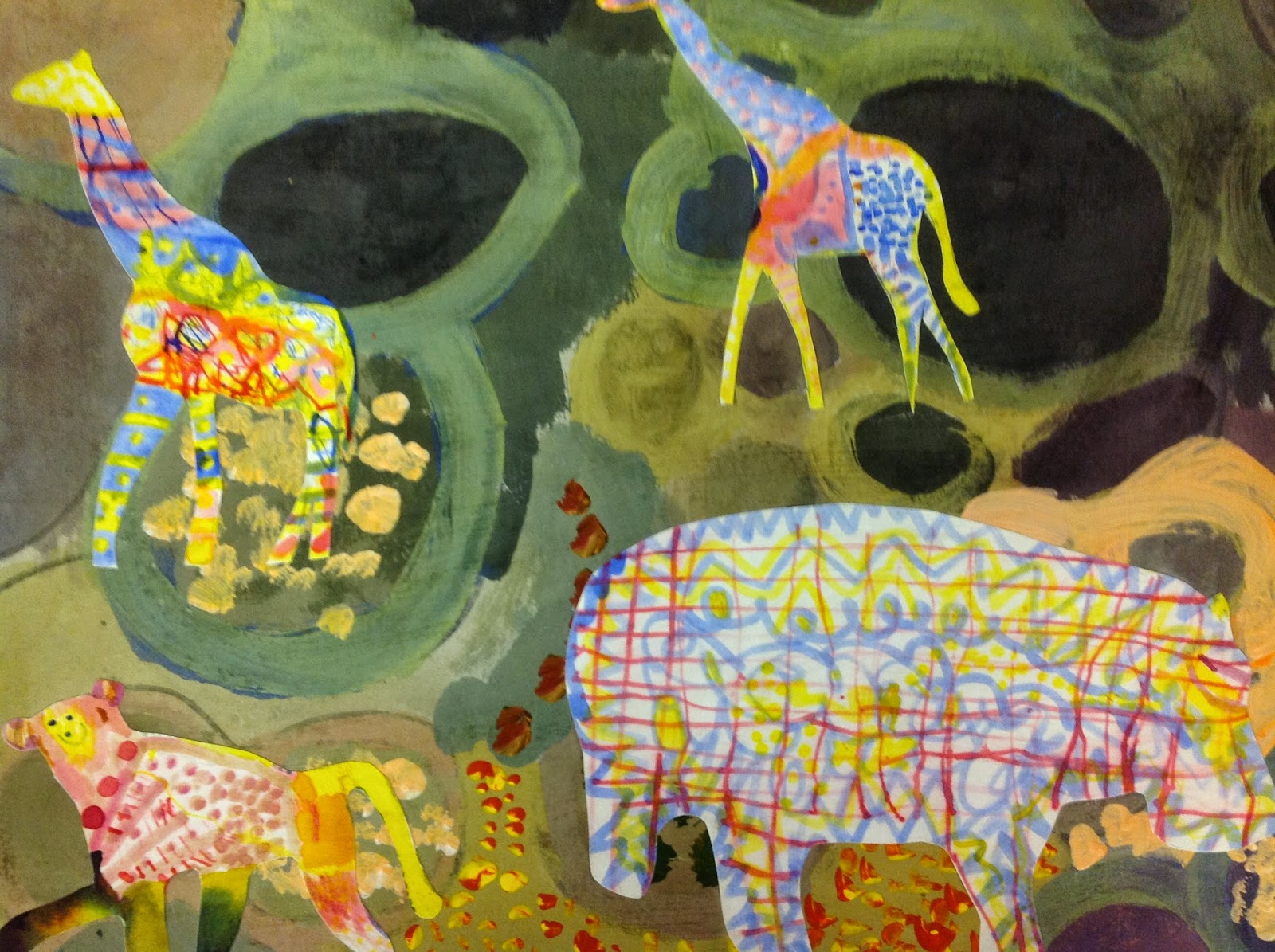 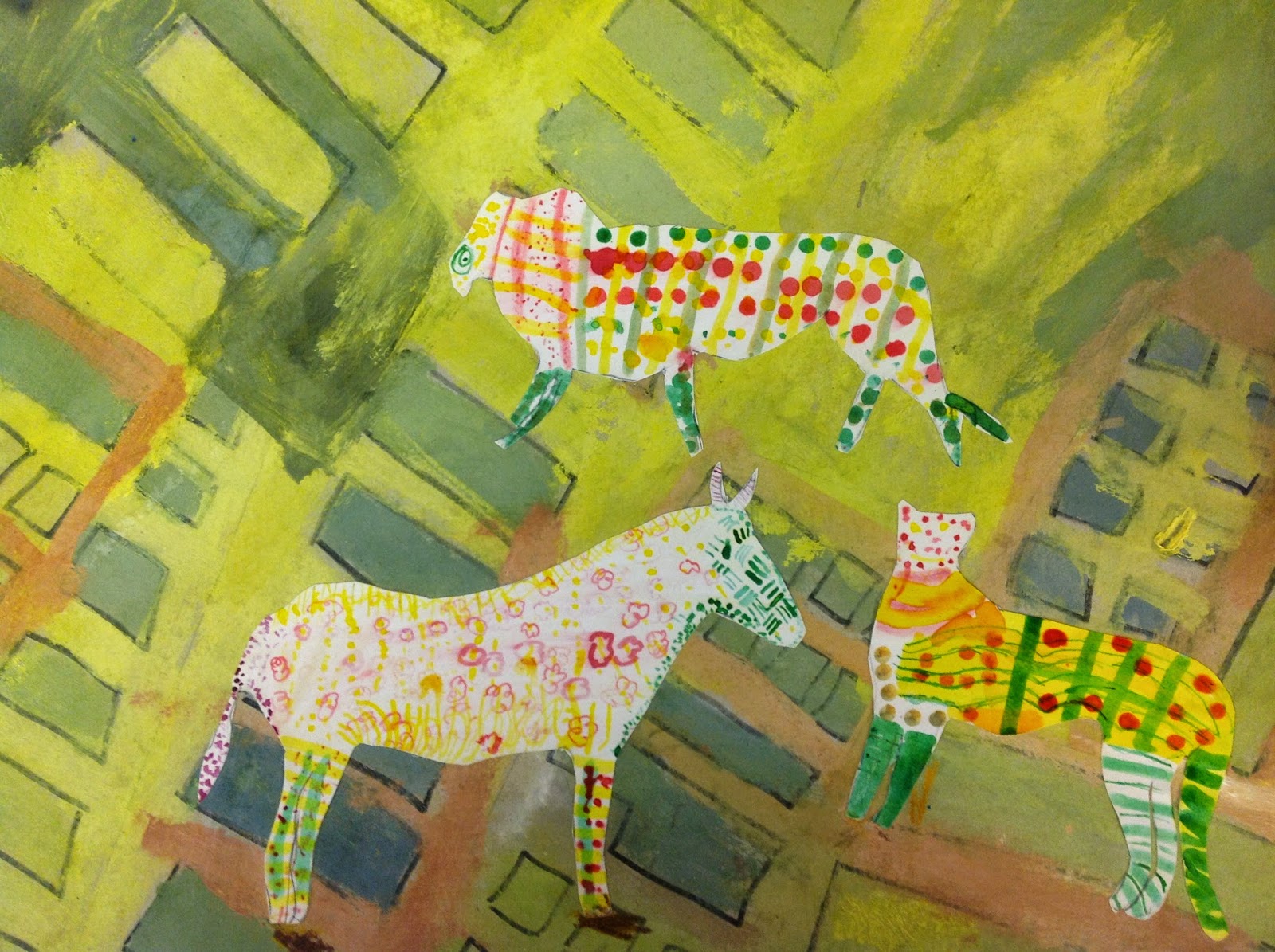 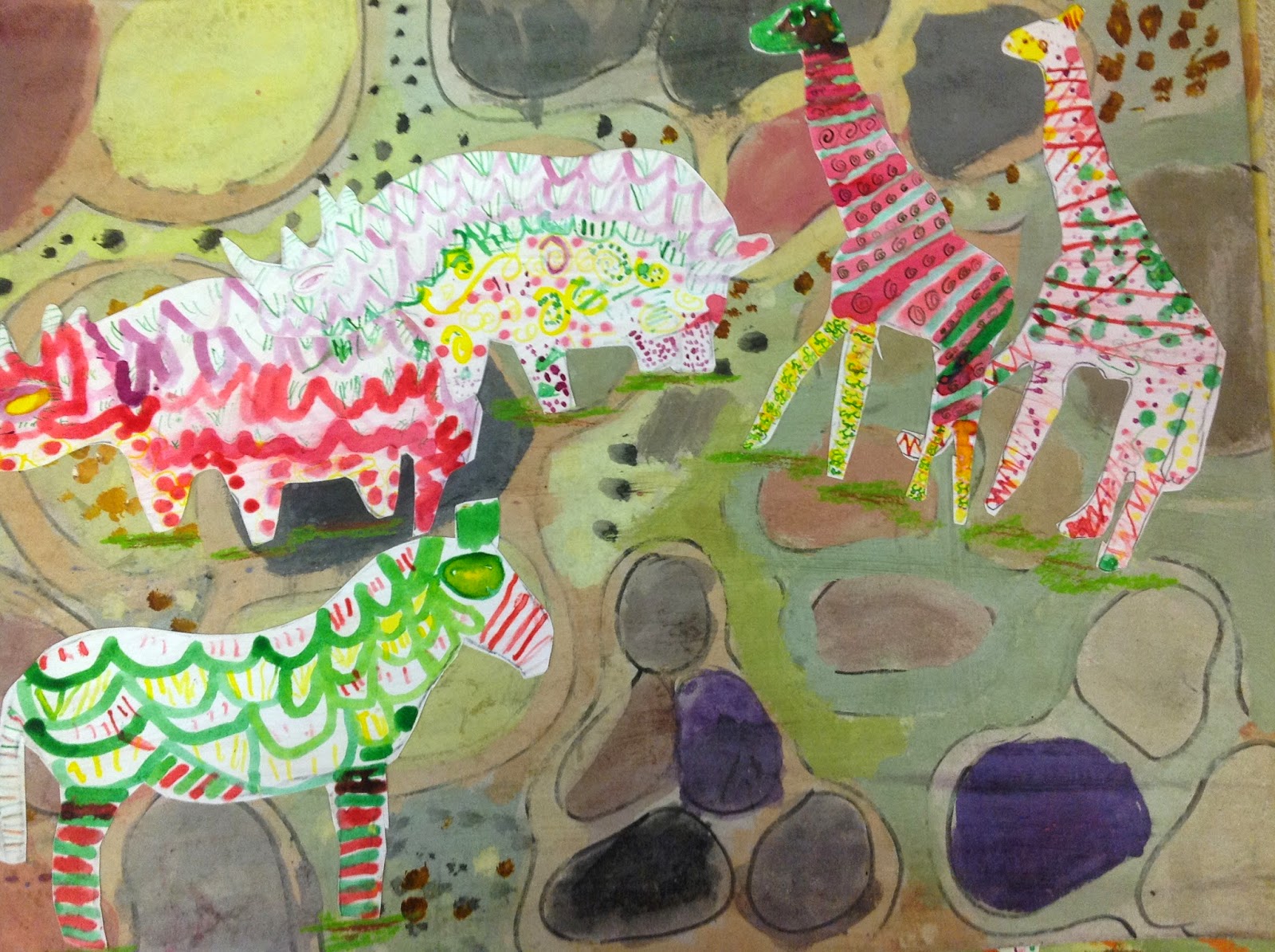 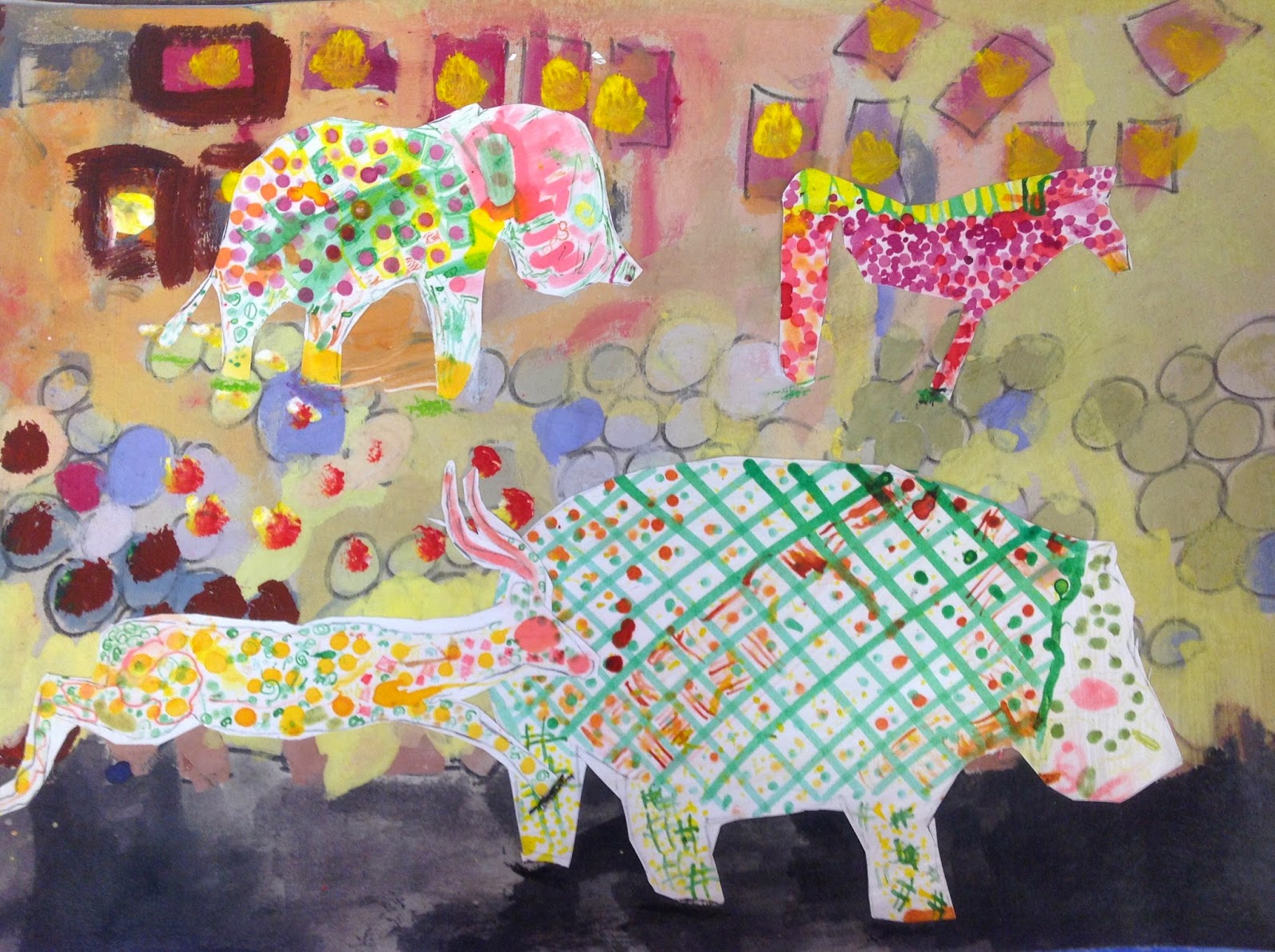 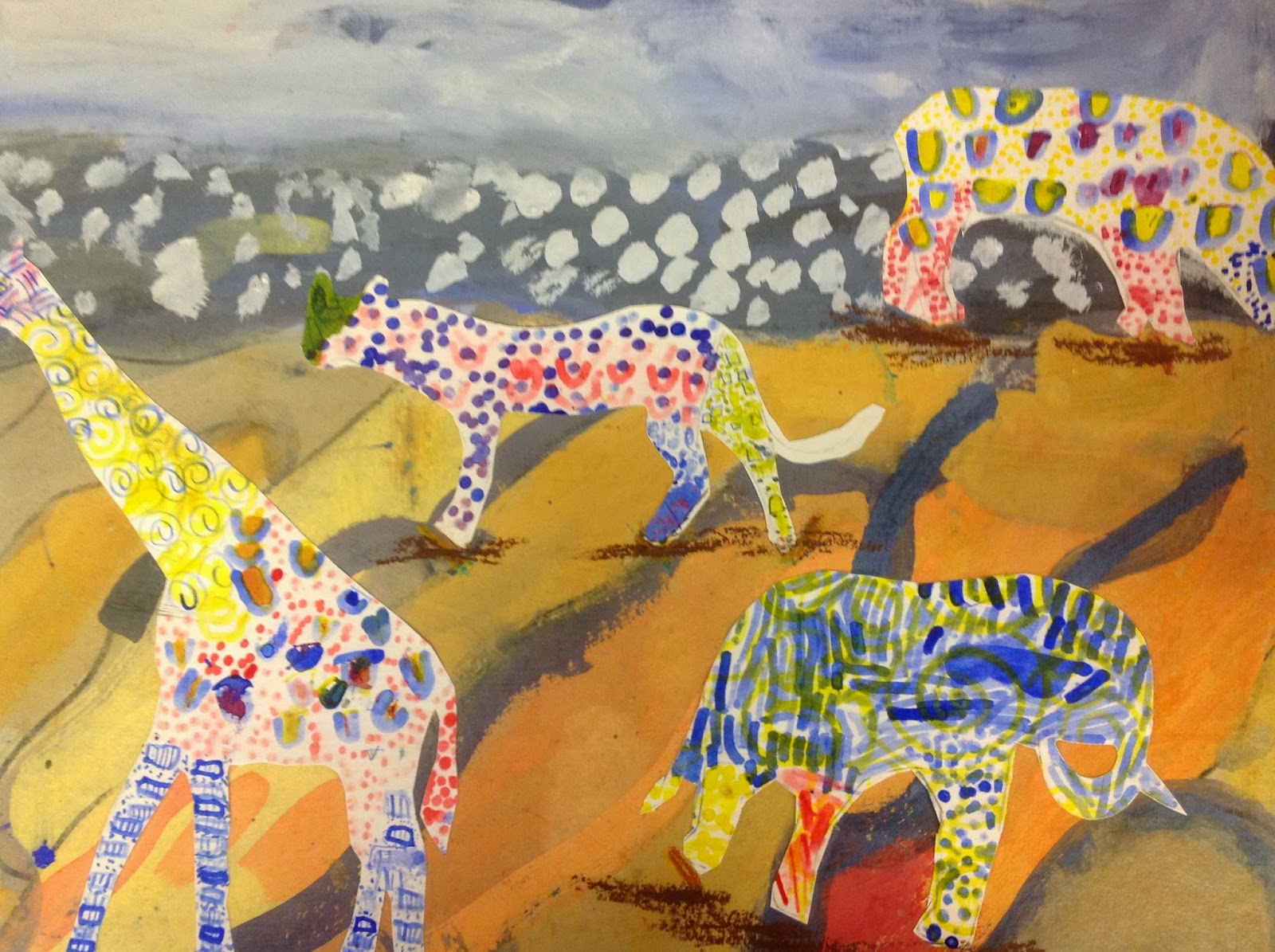 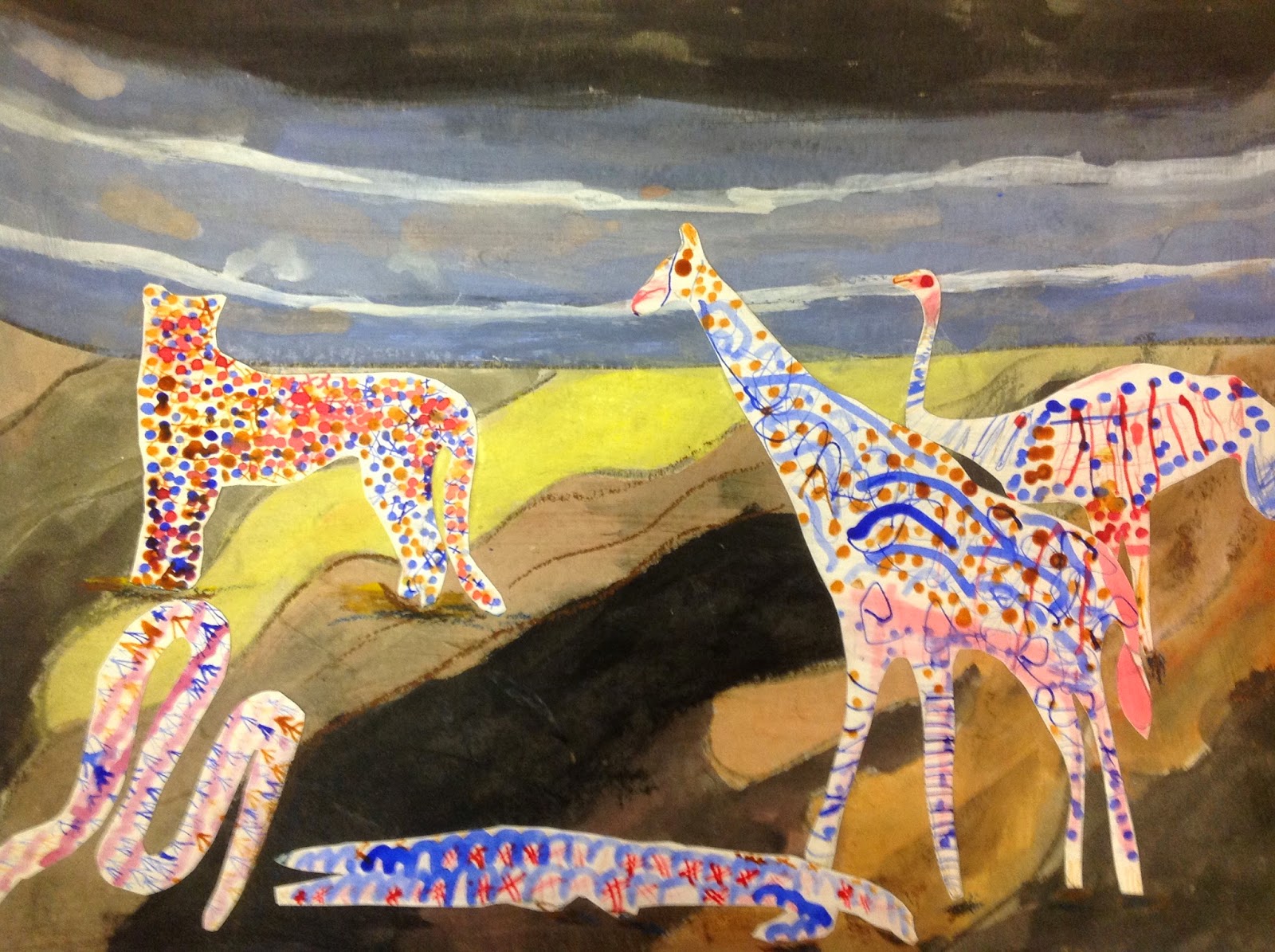 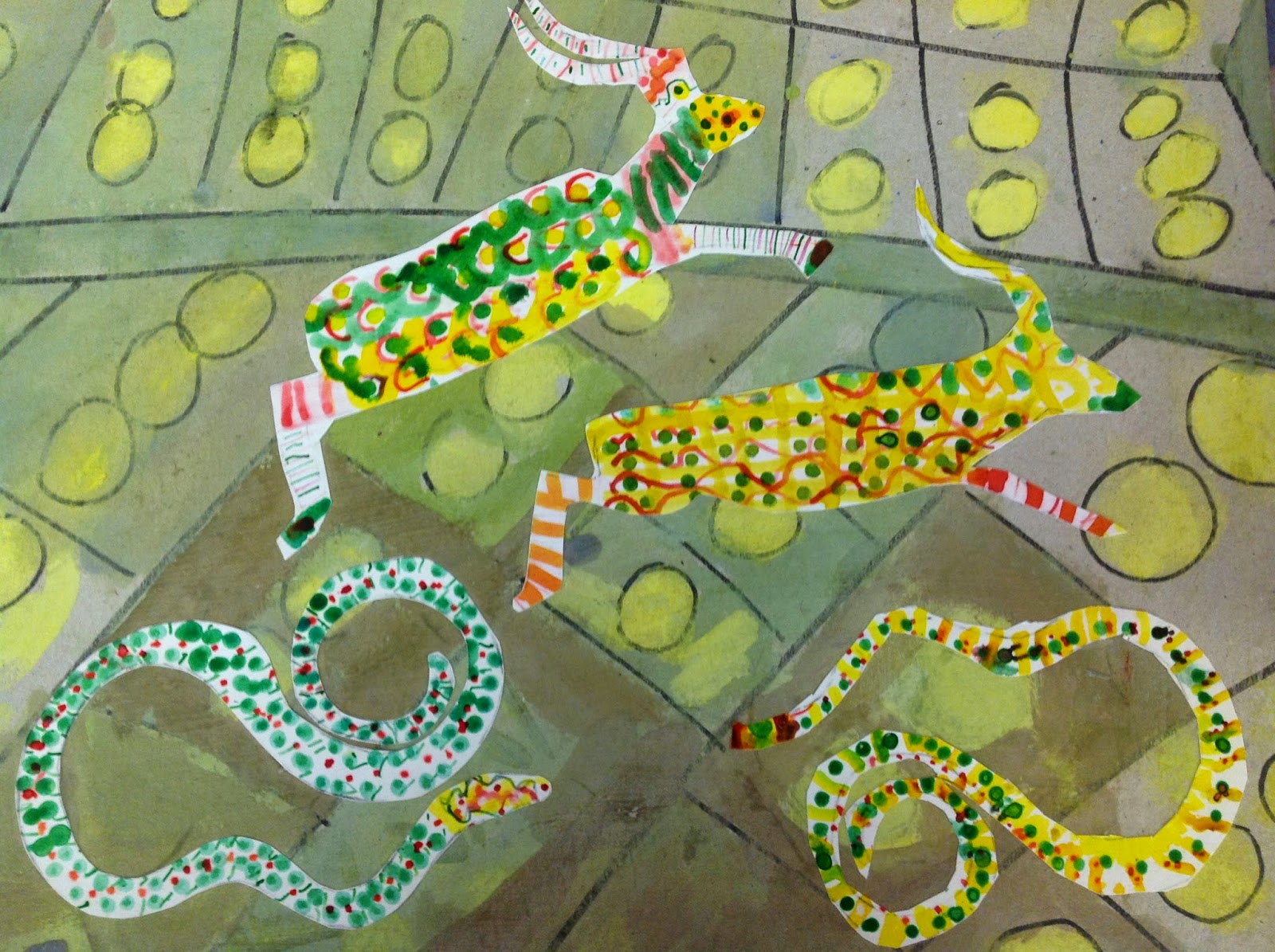 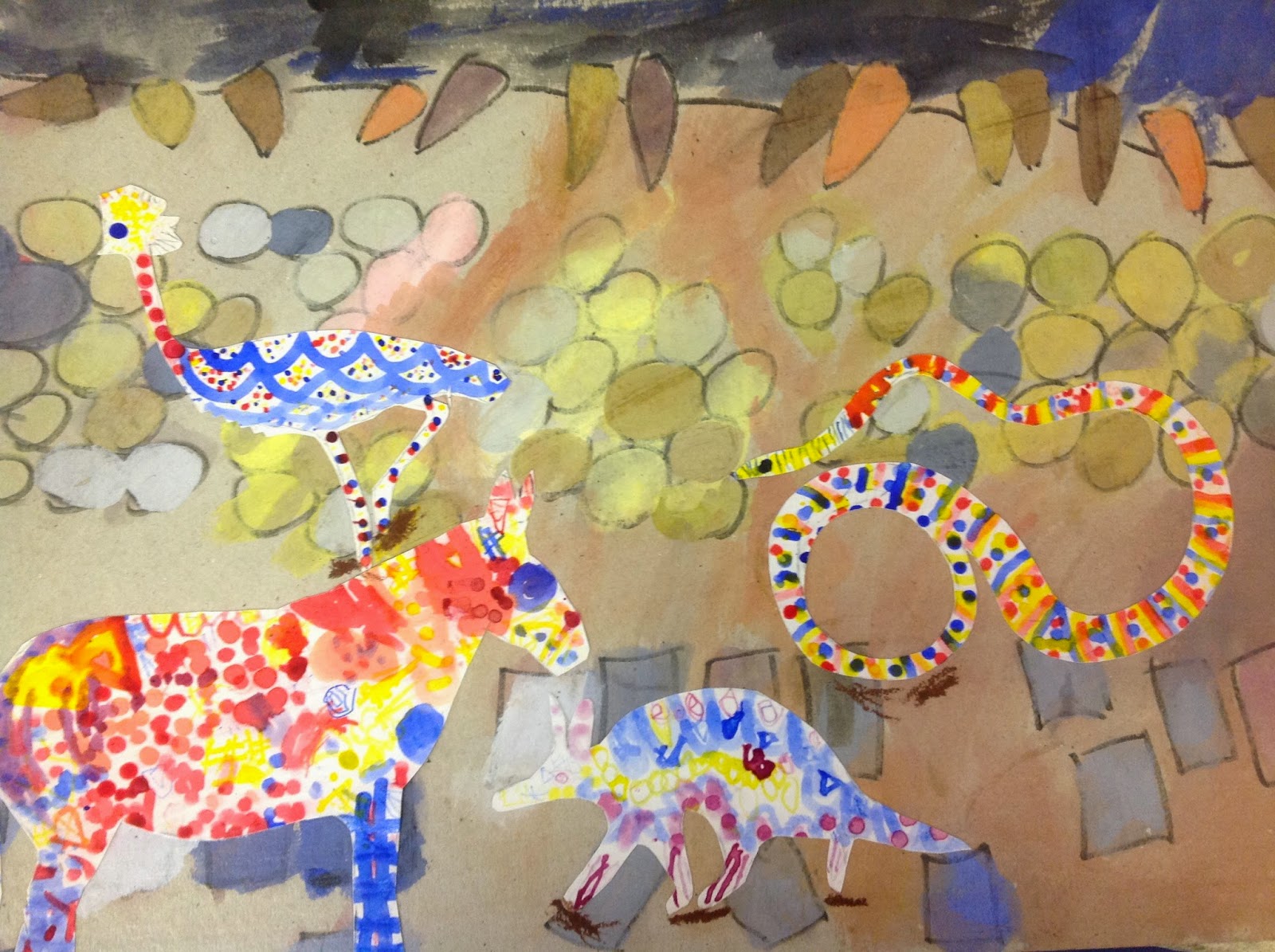 Along the way we have also self evaluated using the NSEAD new curriculum (slightly tweaked) linked to 'I Can' statements. These are broken down in to Generating Ideas, Making, Evaluating and Knowledge. The statements are selected from an overall teacher tracker linked to their specific project.  The pupils use this evaluation early on in the project and then again at the end, their traffic lights are dated. 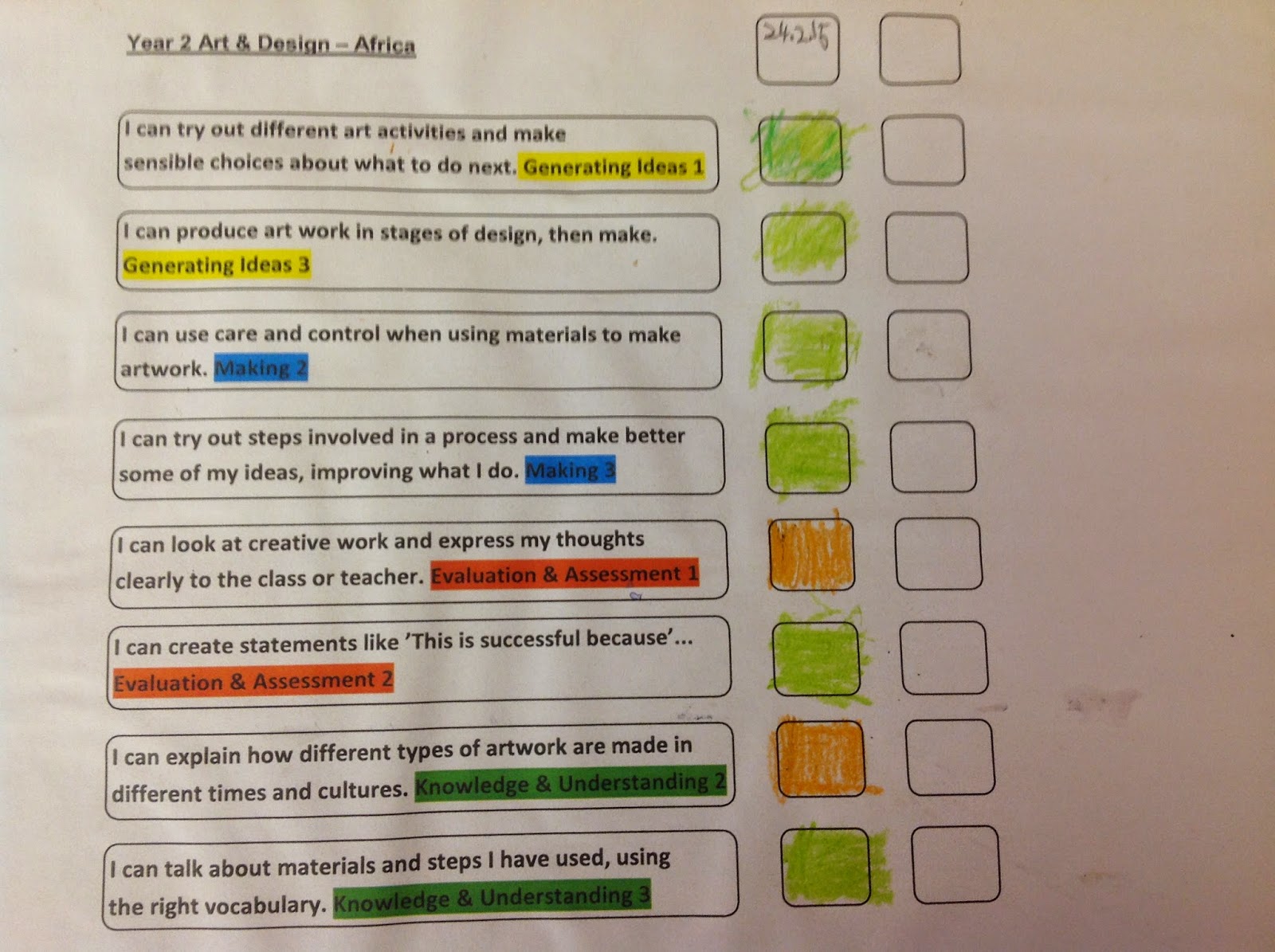 
Posted by Battyeford Primary Art at 14:22