Author - Eoin Colfer, has been challenged by AFC, his official fan site, to make a model of an Artemis Fowl based character!

After seeing the past work of Year 6's at Battyeford on Twitter, the well known Author re-tweeted his interest in our project! The rest is a frenzy of Twitter re-tweeting and the like as others gain interest in this project.

The work of our pupils is now featured on the official Artemis Fowl Confidential web page with a great piece based on our characters. Follow the links below to find out more info!

Andrew Donkin, the graphic novelist who has worked with Eoin Colfer on the Artemis Fowl graphic novels has also now been challenged to model a character out of school art supplies! We are so looking forward to seeing the end results of their labours and share this amazing happening with our pupils. Exciting! What will happen next?!

"As a teacher I am always on the look out for inspiring ideas to capture our pupils (especially the boys) and have found that Craft, Sculpture and Character, linked to story, has been a great way in to unlocking young peoples imaginations and  firing them up for developing both 'making' and 'writing' skills. Over the last few year we have linked with, and used, many of the same design building techniques as Mirfield based professional designer/maker Samantha Bryan (link below). Her amazing methods of working and her own 'fairy' inventions kick started the idea for a whole series of projects here in our school. http://samanthabryan.co.uk/

The Artemis Fowl scheme was perhaps our most ambitious and craft fiddly yet! It was a real attempt to show progression in craft and making for Year 6 who had to work on a small scale to really refine their characters disguising how they actually made their sculpture - the skill of a professional designer/maker. Their fabulous inspiration came from 'the People' the underground dwellers of the Lower Elements, from Eoin's novel. The pupils had to come up with their own design ideas for a new fictional 'fairy' style creature to enter in to the story. They first designed their intentions in sketchbooks and then went on to model the figures using a wide range of materials namely- foam, aluminium wire, modelling clay, tissue paper, buttons, beads, fake fur, felt and fabric. The pupils also made a whole series of Gnommish text with fine line pen and water wash on brown paper for display alongside their characters. We are so proud of the results we will be repeating this project for many years to come using Artemis Fowl as rocket fuel to fire our youngsters minds!" 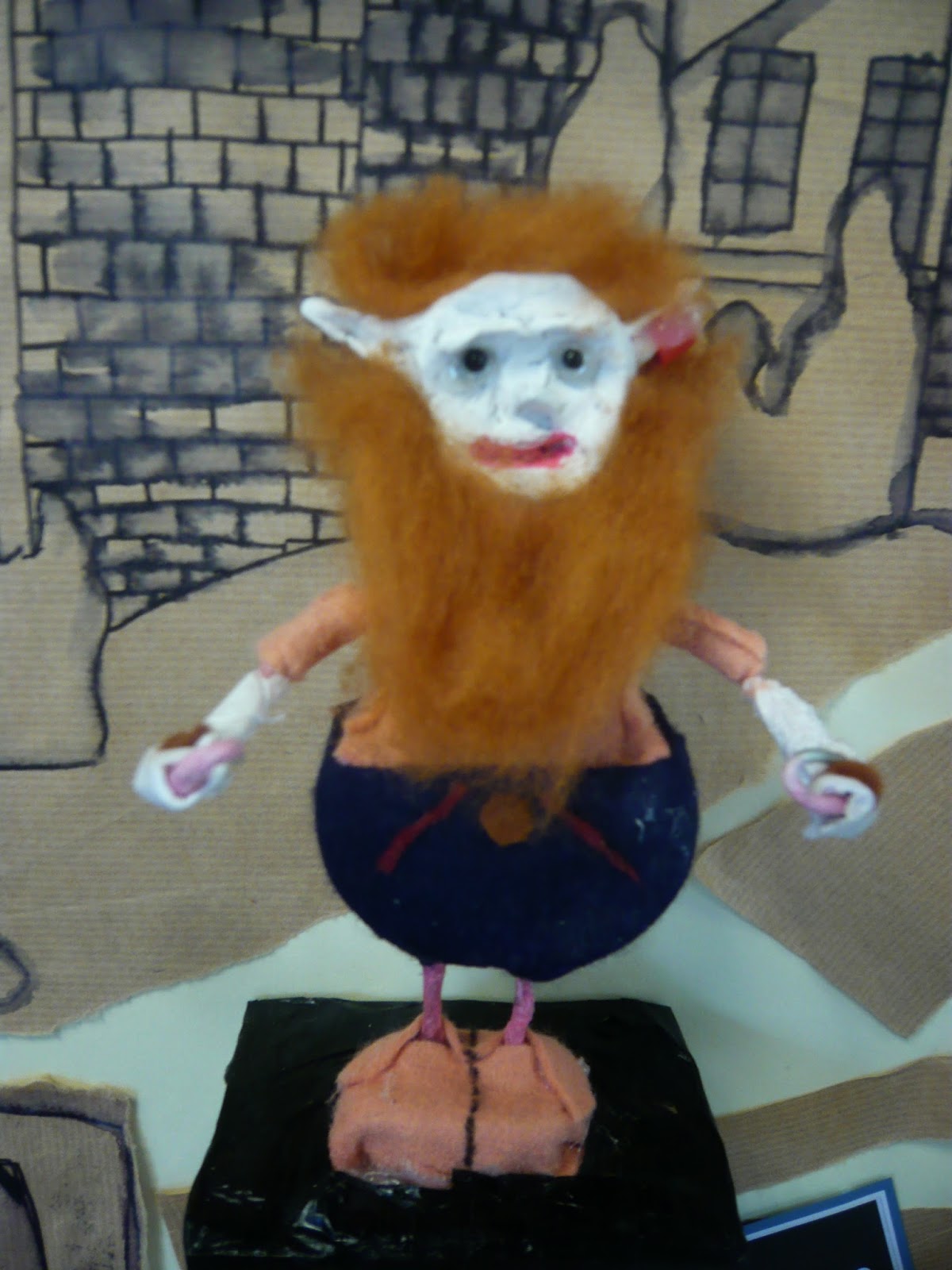 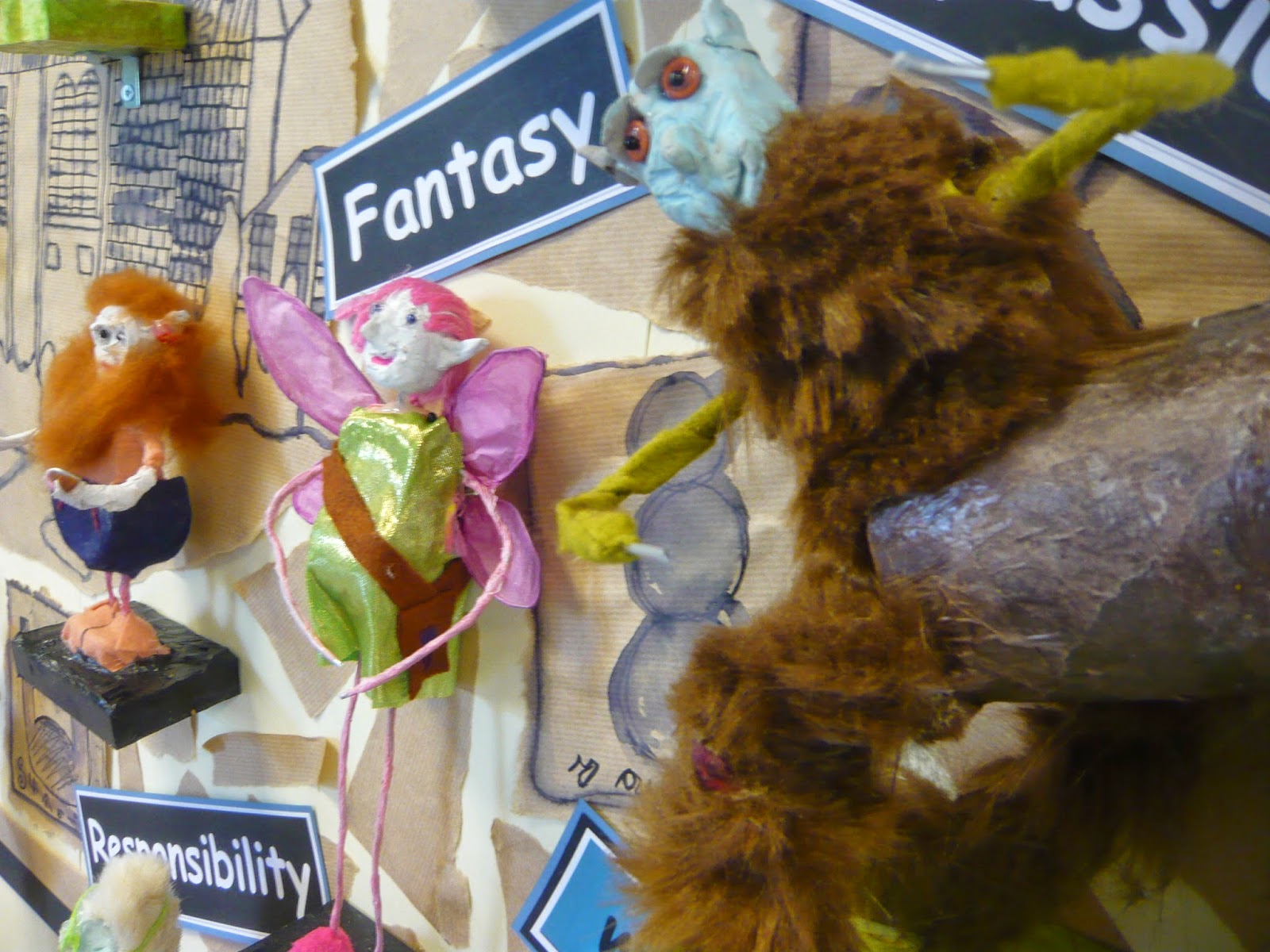 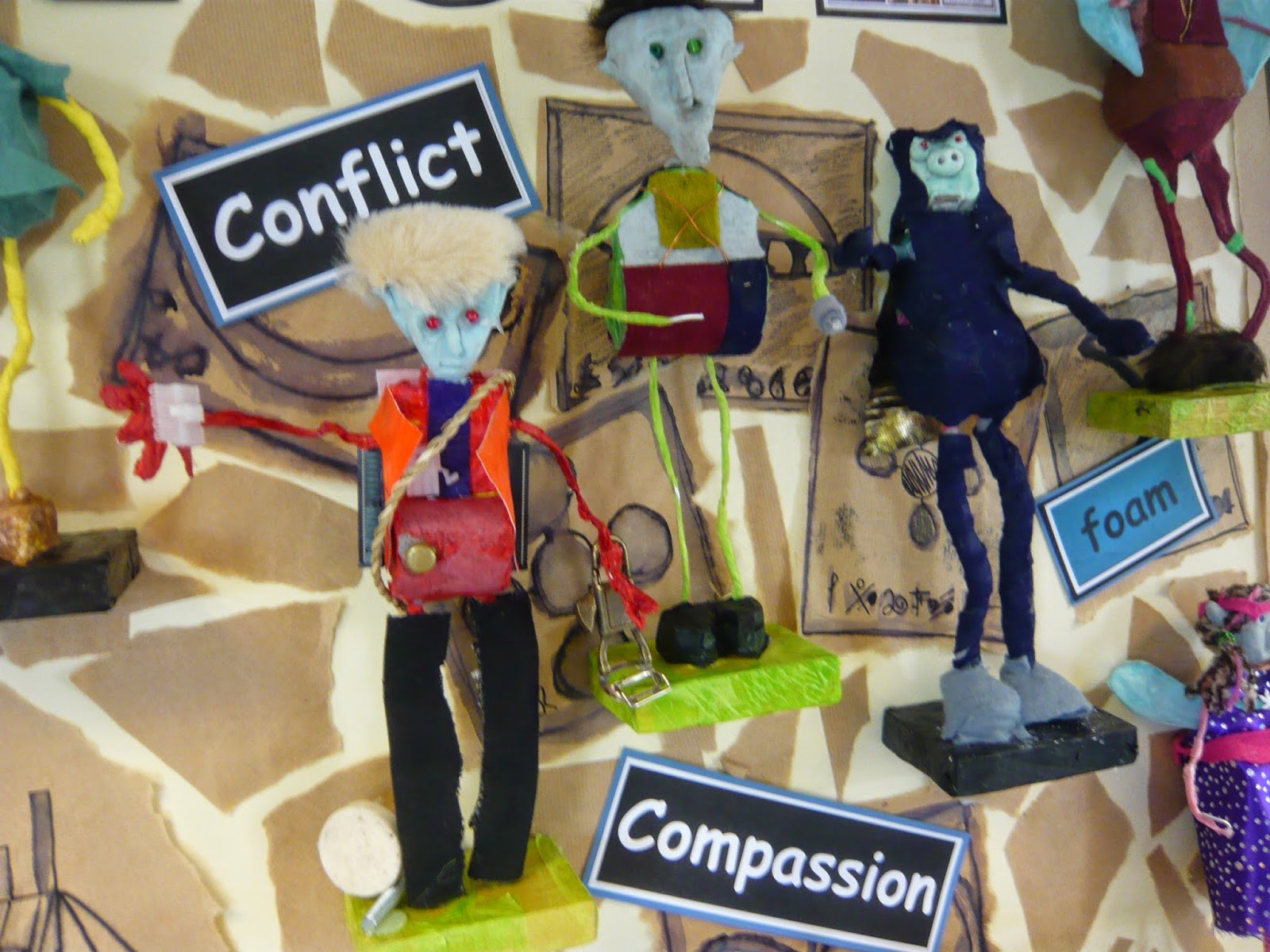 Posted by Battyeford Primary Art at 06:31